... at forty-three, you don't make plans to dabble in different lives. At forty-three, what you are, what you know, is about as far as you're going to go in this life; about the most you can hope for is a little fine tuning and a pay hike or two.

Try reading that when you’re a few months shy of your forty-third birthday. Try reading it when you’re just short of the point at which it becomes impossible to deny that you are nearer to fifty than thirty-five.


RP: Look around you BloggerBoy.

RP: This is all you’ll amount to.

JB: I’m not so sure I like the sound of that.

I look around. I think about chess. 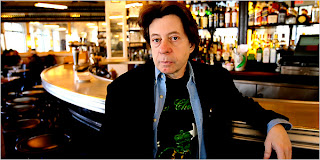 Kasparov takes the World Championship aged twenty-two. He rocks the chess world then quits just before he reaches the Ominous Age. 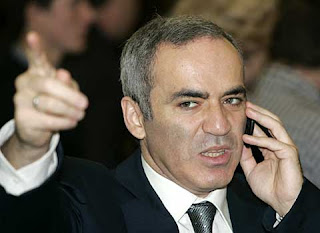 Which way for quitters?

I look around. I think about my chess.

I start hearing “All you can hope for …” everywhere I go. Destiny denial doubles. I engage in clutching practice. I keep my eye out for straw. 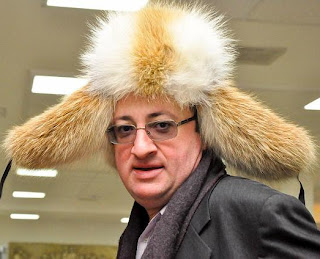 The average age of the Candidates who contested the right to challenge for the World Championship between '66 and '69 was touching 40. The average age at Kazan is barely more than 30 and would be lower still if Carlsen had shown. Still, Boris Gelfand, the oldest man, wins.

Righteous redemption rules. Boris has a World Championship match coming and will be forty-three when he plays Vishy Anand. 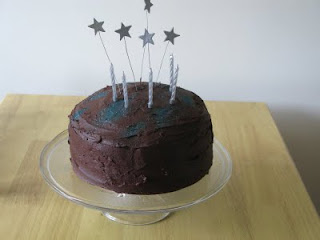 RP: This is the most you can hope for Bloggerboy.

I have tournaments coming. Maybe I'll finish them frayed, frazzled and forked or maybe I won't, but, either way, Price's providence will be paid no heed. I'll choose Gelfand's gift instead. Maybe a different chess life is out there. Maybe one day I'll get to dabble.

This should cheer you up!

Well,I hope you had a happy birthday anyway...


Last day - rounds 4 and 5 - was considerably better (fortunately). Just like Twyford last month, a strong finish turned a rather poor event into something acceptable.

btw: blogger's not publishing links in comments properly for some reason.

I've just turned 60, have been playing seriously for over 30 years, and currently have my highest rating ever. I suspect it's only at the top level that we wrinklies have no chance.