Dadd. Oxford. Saunderson. Who's next?

In the previous post in this evolving sequence we added the name of Reginald Saunderson to those of Richard Dadd and Edward Oxford on the roll-call of chess players in Broadmoor Asylum. Who will turn up in this episode? Read on.

In the closing decade of the 19th Century they'd have appeared to the Old Bailey Central Criminal Court as typically working class. They rented a terraced two-up two-down at 35 Cave Street in Plaistow to the east of the City, where the Docks loomed large over the neighbourhood. Robert Coombes Snr., the man of the house, was a “steward on board ship” (the S.S. France was his current posting) and so he was often away at sea, when his wife Emily would be left wearing the trousers – not that easy with two high-spirited sons: Robert Jnr., known affectionately as Bob, aged 13 ("very clever for his age" at school), and his brother Nathaniel, or Nattie, aged 12.

There was family nearby: Robert’s brother and his wife Edith in West Ham a mile up the road. It was a community where kith and kin were always on hand, neighbours looked out for each other, and the shop-keepers on the high street knew their customers by name. 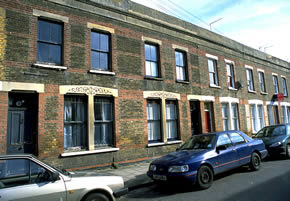 Cave Road (as it now is titled, not Street) in Plaistow, might have looked like this,
if you ignore the cars. This photo is of nearby Hackney.

With Robert away so much an extra pair of hands was always useful, and John Fox stopped by to do odd jobs at Emily’s request, and with Robert’s agreement: helpful chores such as chopping wood and sweeping out the backyard. He was friendly with the boys, and at 40 years old was perhaps some kind of influence. Well-known around the docks, occasionally kipping on the waiting ships, he was reckoned by Mr Prarson, a Chief Officer of the National Steamship Company, to be “not very bright as to intellect”. 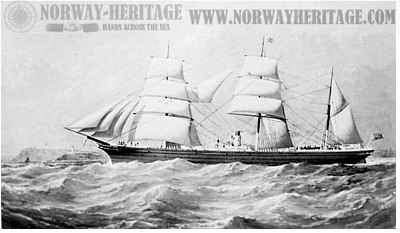 The S. S. France of the National Steamship Company,
on which Robert Snr. served as a steward.

So, as often as not it fell to Ma to keep discipline in the household, and young Bob was a bit of a handful, having run away, albeit briefly, a couple of times. She had given Nattie a good hiding on the Saturday, or Sunday, or maybe both, for stealing some food – he had been naughty, as he later admitted. She had promised Bob a beating too, but otherwise Emily was said by all, Nattie included, to be kind to her boys.

Edith, the sister-in-law, said to the court that the last time she saw brother-in-law Robert was in the evening of that particular Saturday, the sixth of July, when Emily appeared “in good health”, and the boys played quite happily in the garden. Rosina Robertson, wife of the landlord next door at number 37, looking out in a neighbourly way, had also seen Emily, “in good health”, on the evening of the next day, Sunday the seventh .

Edith didn’t see John Fox about the place on Saturday 6th, nor on Monday 8th when she called round again. Indeed she didn’t see anyone. There was no reply, because that day, and the next, the brothers had gone, without a care in the world, across London to watch the cricket at Lord's, where they would have seen the legendary W. G. Grace hit a captain's century for the Gentlemen's XI. 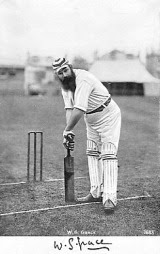 Edith did eventually encounter Fox a week later on Monday 15th when she knocked again at number 35, this time with her friend Mrs Burridge in tow. She wanted to talk to her sister-in-law, on whom she had not laid eyes for over a week. Fox opened the door, but barred her entrance. The two boys fetched up and explained that Ma wasn’t there, she had gone away to Liverpool to attend to the affairs of a recently deceased aunt rich enough to leave them a lot of money (or perhaps it was the rich uncle in Africa who’d passed away, as it was put in another telling).

In the meantime, as Nattie told the court, they pawned Father’s gold watch and some of Ma’s bracelets, and shared the money with Fox. He was now sleeping-over at number 35, bringing food and also, on Bob’s say-so, wearing some of Father’s clothes.

Edith goes round again on Wednesday 17th first thing in the morning. No answer. She calls on Mrs Burridge to come with her again, and they bang on the door at twenty past one in the afternoon. This time some man – she doesn’t know who – opens it. She barges her way in to discover the boys and Fox playing cards. “Where’s your Ma?” “Round at Mrs Cooper’s…” says Bob, “…I’ll take you to see her”. “No.” says Edith, suspecting something, though she doesn't know what. “She’s here, and I’m staying till the Police come”.

Nattie legs it. Emily’s bedroom upstairs is locked. Edith rushes next door to get a key from the Robertsons. She bursts open the door, and finds Emily. She had been stabbed to death ten days before.

The boys and Fox were charged, though no evidence was offered against Nattie in court.

Robert had bought a knife at Mrs Brett's shop on the Barking Road at the beginning of July, and because he was more brave (or something) than his brother, had, on the agreed signal in the early hours of Monday 8th stabbed his mother twice. He admitted it, and said it was because of Nattie’s beating on the Saturday, and the one he himself was expecting. Fox was found to be ignorant, or uncomprehending, of the whole thing.

Robert's behaviour while on remand during August was abnormal , and George Edward Walker, the Medical-Officer of Holloway Prison and Newgate, noted periodic attacks of mania, diagnosing a history of the affliction. The verdict was handed down:

Robert entered Broadmoor as a "Pleasure Man" that same month in 1895.
......x...x...x...x...x......
He arrived there six months or so after Reginald Saunderson, the Jack the Ripper fantasist from the last episode. Saunderson was already an adult of 22. Coombes was still only a boy of 13.

Reginald was a decent chess player. He knew enough about the game to play in correspondence tournaments against opponents outside the Asylum, so quite possibly he taught Robert the moves. A bright lad, Robert would have picked it up quickly. By 1902, Robert could, as a note on his record shows, play “an excellent game of chess and billiards”.

The collaboration was a fruitful one. Both Reginald Saunderson and Robert Allen Coombes played in the 1903-4 Ireland v England Correspondence match – albeit on opposite sides: Saunderson lost on board 40 representing Ireland, but Coombes won his game on board 42, helping England to an emphatic victory. 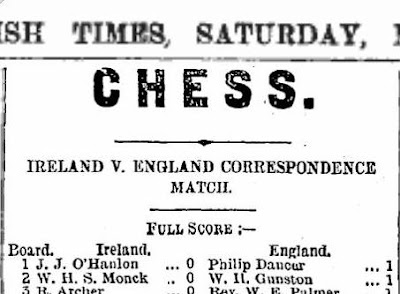 From the Weekly Irish Times, Saturday 7 May 1904

Robert seemed to be getting on to an even keel (a metaphor his seafaring father might have warmed to), and he was conditionally discharged from Broadmoor in 1912, aged 30 after 17 years inside, to the care of the Salvation Army. Let’s hope he might have played the odd correspondence game with his old sparring partner Reginald Saunderson, who remained in Broadmoor and died there in 1943. I can't find a mention anywhere of a date for Robert's death.

Who else? Find out next time.

Acknowledgments:
Thanks again to Dr. Tim Harding for pointing us towards Saunderson and Coombes; and Mark Stevens at the Berkshire Record Office for his help and advice.


The full Coombes trial transcript is here, but it makes uncomfortable reading.

And see our Asylum Index