Ode to the Middlesex League 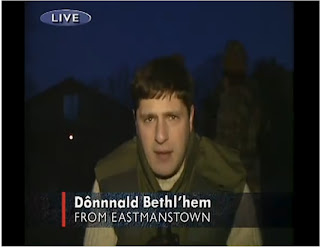 What's in a name?
"If Middlesex doesn't exist then nor does England." Mike Gunn
Petty squabbles aside, Middlesex does exist, or at least manifests itself in many sporting ways, most notably through its cricket team. The chess league is pretty chuffing decent too. Check out the teams declared for last Thursday's Division 1 relegation clash between Muswell Hill and Athenaeum: 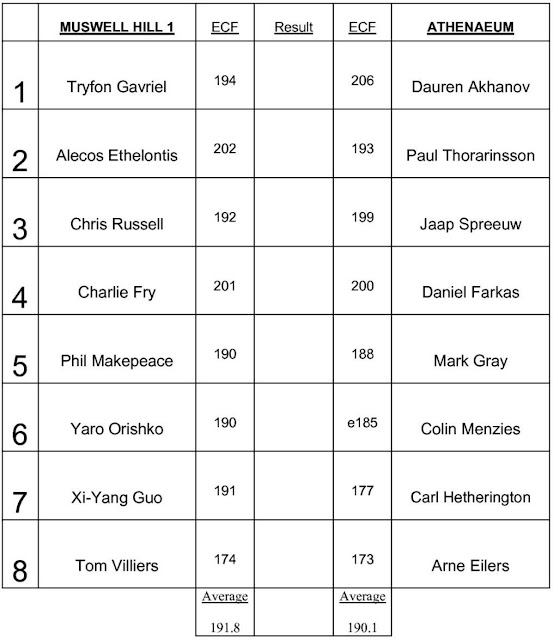 Phwoar! and all that. If two clubs who can comfortably put out 190+ averages are struggling, just how strong are the teams at the business end? Here are the line-ups for last Monday's match between Kings Head and Hendon. Both teams were on 100% for the season. 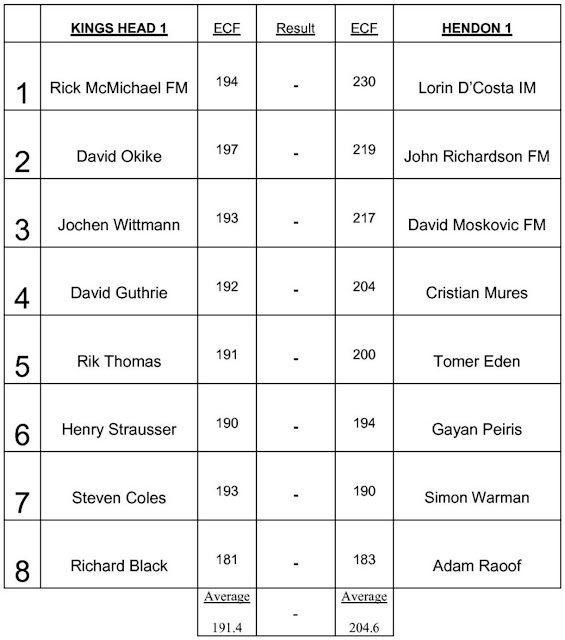 So Kings Head, who to their immense credit drew this fixture, are roughly the same strength as Muswell Hill. It may therefore be of little surprise that the last three fixtures between the clubs have all finished 4½-3½. All to Kings Head, the sods.
Here's the current Division 1 table, courtesy Mike Bennett.
You can see just how tight it gets when there are two relegation places from an eight team league. Take note that, despite fielding very similar sides to last season, reigning champions Ealing are in serious danger of the drop. In addition, Willesden's sole victory came against league leaders Hackney.
There are no sureties in the Middlesex League and, speaking as a club captain, every match is a rollercoaster along a tidal waves of nervous tension. Not least when 9 of the 18 matches I've captained have ended 4½-3½. And I've only finished on the winning end of 3 of those.
The London League is, on the whole, stronger. But the size of the divisions means that there tends to be a polarisation in strength, leading to more mismatches and less tension. I still love it, but it's just not quite the same.
I'm going grey, Middlesex, and I'm only 22. Be gentle with me.
Posted by PJM at 8:00 am

On the subject of middlesex chess, someone should bring back MIST!

"The stretched twig of peace is... at melting point."

Imperial are probably a better team than when I was playing for them.

What's the alternative plural of surety then, Justin?

If it's made up names you're after surely O'Hanrahahanrahan tops the lot.

PS: Middlesex might be a made up county, but at least they never had a bloody great big tree in the middle of their cricket ground.

I always rather liked that tree. As for Middlesex, it's not so much made-up as largely defunct, as indeed was the cricket team (which I support) until last season. And why don't Surrey play in Surrey?

Surrey do play in Surrey (actually the 1883 definition of what Surrey was). The rest of the world has changed but Surrey has not.