Some questions for the English Chess Federation:-


Q. Is it true that Ray Keene played a significant role in securing the funds that paid for the British Championships at Sheffield last year?


- If it is, at what point did the ECF become aware of his involvement?

Q. Is it true that CJ de Mooi made no financial contribution to last year's Championships?


The British Championships this year received 2 donations - one of £250 from a private benefactor and one of £16585 from me.

and where precisely is the cash that the President claims (see the ECF's own website last October) that he has put " ... into chess and into the federation ...."?


Q. However it was raised, is the ECF confident that it knows how and where the money was spent? 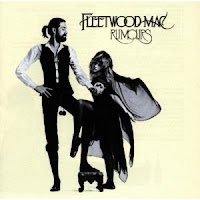 We've been here before. If these questions remain unanswered I fear that we, English chess I mean, will just end up going back to them again and again and again.

Without being the ECF, is it perhaps the case that the £ 16585 includes the Darwin sponsorship? CJ did after all help raise it. His statement lead everyone to believe that it was in addition to the Darwin amounts. So he put money in, but measured in hundreds rather than thousands.

You have to have a proper financial audit trail for running major events.

The G man has now written that his comments should be taken to mean not that CJ made no financial contributions to or at the British, but they were nowhere near the amount implied. Indeed if we change "one of £16585 from me" to "one of £16585 via me", it all falls into place. It's taken perhaps five months to tease this information out and the opportunity to set the record straight was present but not taken at the ECF's AGM. In over words, there was a question posed which could have been used as an excuse to report the financial status of the event. If the British benefits financially from a buoyant total of entries, then Sheffield did well.

but although it may be true that

that does rather beg the question,

why did CJ write from me rather than via me?

Well yes, though one might add that by the same token my postlady can congratulate herself on all the cheques she's given me.

But the real point is that "from me" is not a synonym for "via me", it has a different meaning and nobody would use it without intending that the audience understood the reality to be different to what it really was.

Perhaps not wise to treat any figures provided by the ECF President as statements of fact, however(!)

What is clear is the situation is a mess and entirely unsatisfactory ... and will remain so until the ECF instigate a full and frank review of events before during and after Sheffield.

Anon 5 refers to a post by CJ which adds the Darwin sponsorship and the personal contribution. As pointed out by JB, the financial postings of CJ seem inspired by the concept of Bistromatics as documented by the late Douglas Adams.

My comment above was supposed to have a link in it. Not sure where it went, but the post that contains the CJ figures under discussion is this one:-

Oh. Now I've just put the link in a fresh comment it's turned up in the other one. Weird.