Anybody who's read The Adventures Of Huckleberry Finn, as I did recently, will recall the Duke and the King, the pair of chancers who hitch up with Huck and Jim on their trip down the Mississippi, stopping off at every small town on the way to try out some scheme or other with the intention of relieving the inhabitants of their money. 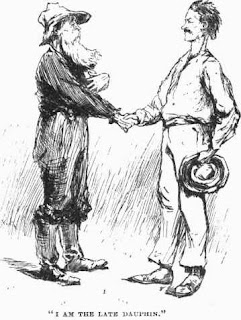 These schemes tended, of course, to the illegal, and one can never imagine either Ray Keene or CJ de Mooi doing anything so improper. Nevertheless, with the book so fresh in my mind, I was curiously reminded of Twain's two characters when I came across the latest nonsense from my favourite Twitter account.

Uh huh. Ray is a working journalist and he likes to be the first to break big news. And news it certainly will have been, to the ECF at any rate. Or at least any member of the ECF other than the organisation's President.

So what's Ray's response? He's thinking it over, so he tells us. He's considering the possibility.

Which does raise the question of what CJ and Ray were up to. Testing the water? Just a joke? Well, just a couple of jokers at any rate, since one of them has not been a member of the ECF for more than twenty years, after being accused of misappropriating that organisation's funds, while the other has rather more recently been accused of mispresenting his personal contribution to the 2011 British Championships and of organising financial support for players in such a way that a proper accounting of the tournament's funds cannot be made. 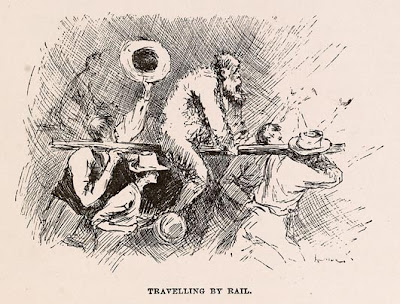 Huck, in the novel, is finally liberated from the Duke and the King when one set of townsfolk, tipped off about them in advance, tar and feather them both and run them out of town on a rail. We do things, usually, in a more civilised way now. But what to do about our two jokers? Seeing as Ray is already, as it were, out of town, might it be best if he stayed there? And as for CJ - is it not time he were thanked for his services and asked if he would prefer to pursue his interests somewhere else?


[LATE SQUIRMING NEWS: Ray blames readers' "inability to read" what he did not write.]

A couple of schoolkids playing a silly joke. They might be better off not bringing attention to themselves and the art of deception.

His "inability to read" tweet is unbelievable. And immediately proven to be 100% mendacious. Has he no shame?

This is Raymondo we are talking about - I assume therefore that your question was rhetorical??