Does It Float?: Johnnie Walker Scotch

It is the most shattering experience of a young man's life when one morning he awakes and quite reasonably says to himself, 'I will never play the Dane.' 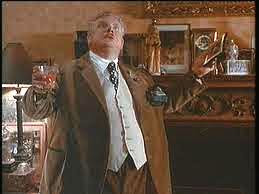 
I've given up. It's time to stop hiding my ideas and expose myself to the world. Now that I've retired from the 4NCL, I have no regular chess where preparation could be a factor.

So this series is designed to share some opening innovations that I've tried out a few times. I'm not going to expand massively on each suggestion - instead, I encourage you to have a look and draw your own conclusions. Try them yourself and buy me a pint next time our paths cross.

We start with one I've coined the Johnnie Walker. For reasons that will become obvious. 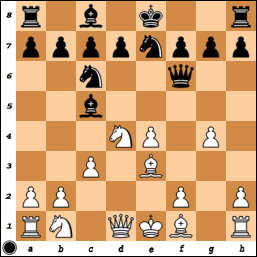 After my epic game against Tony Kosten at the 2007 British Championship, my esteemed opponent commented that most of my repertoire seemed "to involve playing g4". I imagine that was aimed in particular at this, which attempts to take black totally out of their comfort zone.

At my level, such attempts to worry an opponent with an aggressive early shove are perhaps more effective than they would otherwise be. And it follows that my only loss with this innovation came in the only game I've tried it against titled opposition, where my play was pretty poor. 7... d5 is probably best, though I was unable to find a good reply to 7... Ng6 over the board. Though I managed to draw, 10. f3 is appalling. 10. Qa4 might have been decent.

Chess should be fun. Give the Johnnie Walker a go and feel the glee.

I spent a season missing wins that involved g2-g4 or g7-g5; now I lose all the time with these moves.

Looks a bit rich for my blood - but then I do prefer 1. Nf3 as my opening move.

Why aren't you playing 4NCL anymore?

I have different priorities for my weekends now. Mainly because I don't get them anymore.

I'm also trying to streamline my chess participation so that it's as cost- and time-effective as possible. NCL just doesn't feel worth it anymore. That's not a criticism of the league or anyone associated with it. Nor is it an indictment of the social scene, which is arguably as good as it's ever been. It's hard to explain, but after 8 years I guess I'm just a bit worn out by it.

Tom, surely this is the perfect way to reverse the pattern?

From a chess point of view, 4NCL always seemed to me to require a lot of money and time for relatively little reward. I guess, though, that if you play most weekends you probably get more back than you do when you just play the odd game here and there

Nice one Phil. I had noticed a lot of g4 in your games. As for 4NCL, completely agree.