[I'd like to be writing something about the ECF-Turkey-FIDE cobblers today. I'd like to, but I don't have time. Whether that's good or bad luck - either for me or for you, dear reader - I leave you to judge.  Either way, I'm going to stick with what I originally planned.]


"It went my way," Anand commented afterwards, admitting that a fair share of luck had been involved

Gelfand's take on the World Championship match is rather different.

Q. What was your biggest emotion after the last game?
A. I was remembering of course Barcelona-Chelsea. You had the advantage, then you didn't take your chances and then the opponent takes his chances. I think for me it's very similar. 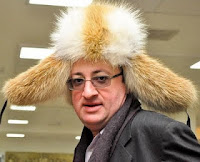 That sounds closer to the mark to me, although football isn't quite the same as chess as far as turnarounds are concerned. In footie however far behind you might be you'll still be playing with the same ball on the same pitch as the opposition. If it were really like chess you'd have to take a guy off the field every time the other team scored.

Still, I get it. I get why people think escaping from a losing position in chess must involve luck. What I don't really understand, though, is why they don't apply the same logic getting a winning position in the first place. That takes mistakes from the other guy too and yet the narrative, albeit rarely if ever one that is stated explicitly, is that advantages are created by skill and lost by luck.

One of the aspects of luck that Ed Smith explores in his book is the question of why some people, particularly those of who have reached a position of some eminence in their field - don't much care for the concept of chance when describing sporting outcomes. One reason, he says, is the widespread belief in the principles of meritocracy that underpins - in theory at least - the political philosophies and socio-economic relationships that dominate life in the modern Western world.

According to Smith, the Sacred Cow that says that 'people (should) get what they deserve' prevents us from accepting that sporting outcomes could ever be down to mere chance rather than, say, trying hard or hours/days/weeks/years of practice or simply having more talent. There's another side of that coin, though, even if Smith himself doesn't address it: when something that appears manifestly unfair is the outcome that we observe, the cultural norm of the meritocratic ideal makes it very hard for us to conceptualise what we see as anything but the result of bad luck.

You're winning, but you don't take the opportunity to finish the game. Your opponent snatches victory from your grasp (or do you drop it into their hands? - language is not neutral here). What is that? Be it football or chess, what do you call that?

Is that luck? Well, not for Boris Gelfand it isn't.

It's sport. You should accept it, but of course you know you could do much better.


Not luck, then, but sport which, by it's very nature, can go either way. 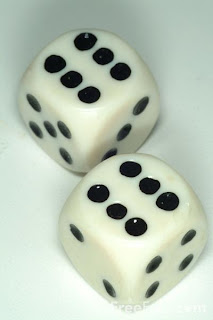 Whatever Ed Smith might say, luck has a part to play in chess, but games going from winning to losing (and maybe back again) isn't it. That's just what happens sometimes. That's playing.

Or, to borrow a phrase from Jacob Aagaard - one that I wrote down in my notebook immediately before going to play the first round in that Sunningdale last year, in fact -

There are no promises, no justice or fairness, only the game.