Don't expect much actual chess in this series. It's intended as quite a sweeping look at the reasons why players of differing standards reach the next level. And particularly how conscious a process that actually is. We'll cover nearly 2,000 ELO points worth of progress over the next few weeks. 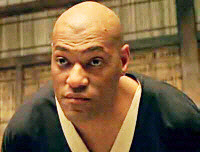 Beginner to intermediate, that's rather a large leap. I've skipped a few stages, haven't I? Well, possibly. However, to become a better than average player within 2 years is worthy of our attention. Such steep progress is more commonly seen amongst children or those who are coached. Our case study for Part I learned at university and didn't have any formal coaching until very recently. I've been speaking to John-Paul Taylor. 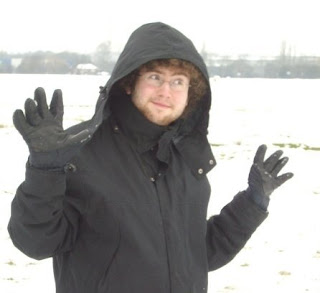 Ta-da!
Let's look at some stats. Here is the list of rated games JP played in the 2007/08 season during his first year of university. His poor run of results saw him get an initial English rating of 29, which equates to approximately 900 ELO. Even FIDE haven't lowered the rating threshold to that yet, and he was considered a bit of a laughing stock in the Warwick University chess society for allegedly being so terrible. JP remembers things a little differently though.

JPT: Well, to be fair, I was never 29 grade. I played like 11 [sic] games that season and just kept blundering a queen in good positions all the time.

PJM: Sure. But why were you blundering? And what stopped that happening?

JPT:  I probably just got more careful. Also, living with Chris [Russell] and [Alex] Mapletoft helped a decent amount too.

So we're back to the notion of environment. Richard's said it all there, but I'll broaden his words on keeping beginners motivated to the situation JP found himself in. Chris Russell is a former British Under 16 champion, and is clearly very decent. However, I reckon that, had he been any stronger, the level he played at may have been intimidating. Just how many children of Grandmasters have become Grandmasters themselves? In other words, can the quality of a learning environment simply be too rich? I think JP was very lucky to live with two players whose level was attainable, over time. Indeed, he has now overtaken Alex Mapletoft in the January 2012 rating list.

PJM: Was the improvement conscious?

JPT: How do you mean?

PJM: Well, going from beginner to about 150 [1800 ELO] in such a short space of time must've felt like an achievement. Or was it just a really easy process because you found you had a reasonable amount of natural talent?

JPT: Well, I just enjoyed playing; I was putting in the hours for fun more than anything. And I suppose the improvement added to the fun. I mean, I bought some books and videos and stuff while I was at Uni, so I was definitely trying to get better. I found studying some positional stuff - good vs bad pawn structures etc. - helped me get past the 120s [1600-1700 ELO]. It got harder and harder to put in the hours though, especially when I started my job.

JPT: I guess my improvement is more down to natural talent than real grinding. I was just naturally better than most of the people I was playing while at Uni. I think I'm slowing down anyway so no, I don't think so. Most of my hours came through playing blitz on ChessCube; not sure how much that helped my game.

Having played many games of Fischerandom on ChessCube with JP, I can vouch for his natural aptitude to the game. A lack of correlation between prowess at Fischerandom and at standard chess may suggest a lack of a theoretical basis, something that's taught rather than assimilated.

JP also said that simply playing lots helped massively, particularly in the 4NCL. I suppose if you really enjoy it, there's no better practice. I wonder whether the recent lowering of the standard in the bottom division of the 4NCL helps or hinders the weakest players. And that's something I'll address in Part II.
Posted by PJM at 8:00 am

Had Phil's friend not played that first season, he would have come onto the list at the more respectable grade of around 110 to 120 (1500 Elo). Two reasons, one being the inclusion of the first season to make up 30 games, and the second being the effect that with a grade of 29, no one he plays counts any higher than 69.