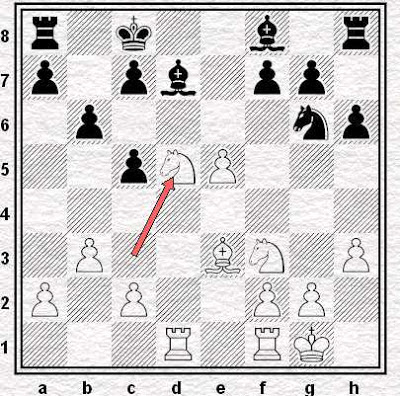 I really rather like the concept of a knight that only looks good. It sounds a little odd, but I guess the point is that White is doing the sort of thing that you’re usually supposed to be aiming for - sticking a knight on a secure central square - but in that specific position it just happens not to be particularly useful.

I must admit I don't know what Cheppy's got against like plonking the knight on queen five. Even after seven years to think about it, Polgar's 16 Nd5 still looks OK to me.  Anyhoo, it's the general idea that interests us today, 'moves which appear good but aren't' being the exact opposite of what the Simon Williams' latest DVD is all about. Crash Test Chess II: Thinking Outside of the Box covers is full of ideas that look stupid or outright absurd and yet, on closer inspection, they turn out to deliver precisely what the position needs. 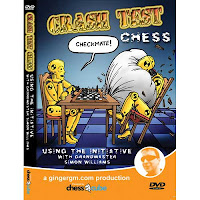 CTC2 is the latest in the Ginger GM's series of '£5 for one hour' DVDs. What you get on this one is a total of seven positions in which the player to move employs a surprising, 'outside-of-the-box' idea. Three knight manoeuvres that ignore the general advice about rim and dim, three bishop moves that seem to have no point at all and to round things off, a spectacular idea from Keith Arkell.

More experienced chessers might find some of the material rather familiar, but I suspect most folk will find much to interest them. Actually, although we've had two of Williams' positions on the blog before, I found I only knew one of the seven well. Two I half-remembered and had heard of a fourth. The other three, however, I don't recall seeing before anywhere at all.

If I have one criticism it's that the move to be played is shown on screen before the position appears. This isn't as serious as it might have been. The recurring themes and the fact that you know you're looking for something beyond the norm means you could guess half the moves at a glance anyway. Still, to get the most out of CTC2 I'd recommend keeping your eyes closed whenever you hear the theme music playing. That way you can have a think for yourself before the GingerGM starts explaining what's going on which I'm sure must be better from a training point of view. 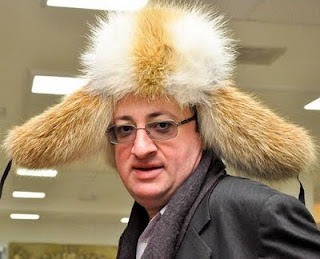 Any decision to purchase a chess DVD is an implicit acceptance of the fact that pound-for-pound you end up with less material than you would get in a book. Video remains a hugely popular medium amongst chessers nevertheless - just take a look at the shelves next time you wander into Malc's Chess Emporium - presumably because of a perception that studying the game in this way will aid retention of the information covered.

As a result, it seems to me, the presenter's style is vital to the success of this kind of product and I've never undertsood those folk who seem willing to accept a boring delivery from somebody who looks ill at ease in front of the camera. Needless to say - needless, that is, if you've seen any of Williams' previous DVDs - there are no such concerns here.

At a fiver a pop I bet there'll be quite a few people willing to give Crash Test Chess a go. Having seen one for myself, I'd be surprised if most of those who do try one don't find themselves buying others in the series too.

Review copy of Crash Test Chess 2 supplied by GingerGM.com
Posted by Jonathan B at 8:00 am