How many wheels left on the AP wagon? 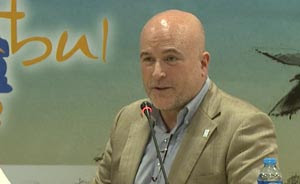 
In just an hour or two the 2013 Candidates' tournament will be kicking off. The strongest tournament London has ever seen? Those sort of claims are usually obvious bullcrap, but this time around it seems a more than reasonable label. With Gelfand, Svidler, Ivanchuk and Grischuk as the bottom half of the field, what’s not to like?

Well, this being the chess world, there is of course a 'but'. As great as the chess promises to be, the tournament - or do I mean the Andrew Paulson bus? - does rather seem to have lost a wheel or two in recent days.


All this and Silvio Danailov's gleeful (if not necessarily accurate) tweet that the Lisbon Grand Prix has gone belly-up too. "AGON(Y) is about to finish"?  Maybe, maybe not, but at the very least it doesn't seem unreasonable to conclude that not everything is running smoothly in AP land. 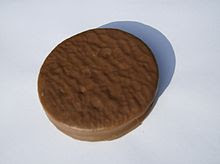 "Paulson likes to talk to journalists", John Saunders assured us in a rather fevered interview published in CHESS a little while back. Perhaps not that much, though, if Our Man's radio silence over the last week is anything to go by.

Am I being unfair? After all he could have been unavoidably detained a half a mile up the road in a hidden cave for all I know. Even so, it would have be interesting to hear from the man who was going to be transforming chess into a spectator sport as to what the blinkety flip is going on. Anyhoo, captured by Cherokees or otherwise, Paulson eventually pitched-up safe and sound at the opening ceremony.  Pioneers never say die, eh?

So what do we have here? The prospect of a great tournament and a central figure who some are bending over backwards to present as the saviour of chess, but who may or may not actually live up to his billing.

Higgidy-haggady-hoggedy-hi. Perhaps we best strap ourselves in and enjoy the chess while we can.


The Even Newer Christy Minstrel
Posted by Jonathan B at 9:04 am

For what it's worth, I reckon the facilities for those will turn up will be OK.

What's interesting is the complete lack of encouragement for people to attend from somebody who's supposed to the the dogs nuts at making chess popular.

At least he's letting people in this time, I suppose.

captured by Cherokees or otherwise

Been done, or so it is suggested.

Which marketing guru decided to start the tournament on Red Nose Day and end it on April Fool's?

Superb observation Carl. Feel like I missed a bit of an open goal there!