The Campaign for the Preservation of Rook Endings 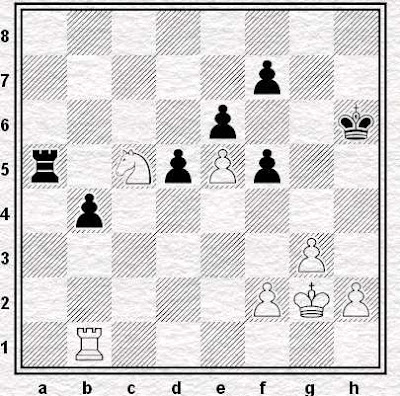 One move. One poxy move. That's all we've had so far and it's a total bloody disgrace.

In this brave new chess world of ours, I wonder if I'm supposed to see a single move's worth of rook and pawn as the best of all possible worlds for those of us who want to tell the world about their loveliness. After all, in last Friday's Chess Vibes AP interview, I'm their friend not their enemy We need to engage the audience more the following rather surprising exchange appeared:-

Peter Doggers:
But why was there no marketing? This event is much more important than the one in September?

Andrew Paulsen:
I didn't want to have a situation where it was too crowded, where we couldn’t control the public.

So there you are. The fact that the venue has been about a third full each day is by no means a failure for the man who's stated goal is to popularise chess. It is in fact a deliberate policy. Engaging with the audience more by not encouraging them to come, presumably.

Anyhoo, call me curmudgeonly if you will, but I'm not at all sure that I concur. Since open letters are all the rage, here's mine to Messers Magnus, Lev, Vlad et al:

You've got six rounds left. Pull your chuffing fingers out.

Rook and pawn Index
Posted by Jonathan B at 8:00 am

Ask and ye shall receive, he says, coming in from work to see two of 'em