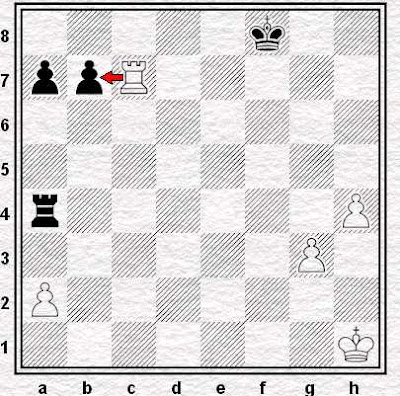 
After this move the endgame is drawn according to FinalGen program.
Alex Baburin, Chess Today (12th June 2013)


Oh aye? A machine making a definitive judgement on an ending like this? Not drawing or drawing chances, but drawn. End of.

What's all this about? The online Nalimov (SMA#13) can 'only' do six-man endings, and while there's a 'for pay' version that does seven, even after b7 drops we'll still have eight here.

Angus filled me in. Final Gen is an 'endgame tablebase generator'. Unlike Nalimov it can cope with positions with any amount of pawns, just as long as each side only has a single piece each. Which means it can sort out any rook ending.

Flippin eck. Are we done here?

LUNKWILL:
O Deep Thought Computer, the task we have designed you to perform is this: We want you… to tell us… The Answer.

DEEP THOUGHT:
”The Answer”? The answer to what?

FOOK:
But can you do it?

DEEP THOUGHT:
Yes… I can do it.

LUNKWILL:
There, there, there is an answer? A simple answer?

DEEP THOUGHT:
Yes. Life, the Universe, and Everything… There is an answer. But I’ll have to think about it.

At this point in the Hitchhiker's story, a couple of guys burst into the room. They're not happy. Not by a long chalk. Turn the machine on, they say, and they'll be out of a job. "You just let the machines get on with the adding up and we’ll take care of the eternal verities", they wail before threatening an all out strike of philosophers and working thinkers.

And maybe I'd strike too. After all, what's the point in me sitting up half the night trying to understand why some rook ending is or isn't lost if some poxy machine can give me 'won in x' or 'drawn' at the push of a button?


DEEP THOUGHT:
Who will that inconvenience? 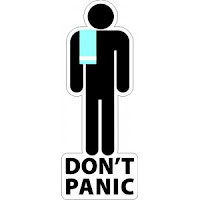 Except I don't need to. I'm saved by the very same thing that saves Majikthise and Vroomfondel.

Angus downloaded FinalGen and set up a position that we'd been looking at. Rook plus 4 versus rook plus 3. The extra fourth pawn being a passed on the queenside.

We'd been struggling with it. Is there an answer? A simple answer? Yes there is. Can FinalGen do it? Yes it can. But it will have to think about it.

OK, 18 months or so for a response isn't quite the seven and a half million years that Majikthise and Vroomfondel get before Deep Thought comes up with "42". Still, it's long enough not to get worried that rook endings are over just yet.

Which just goes to show: in rook endings, as in life, it always pays to remember the words on the cover of your guide. 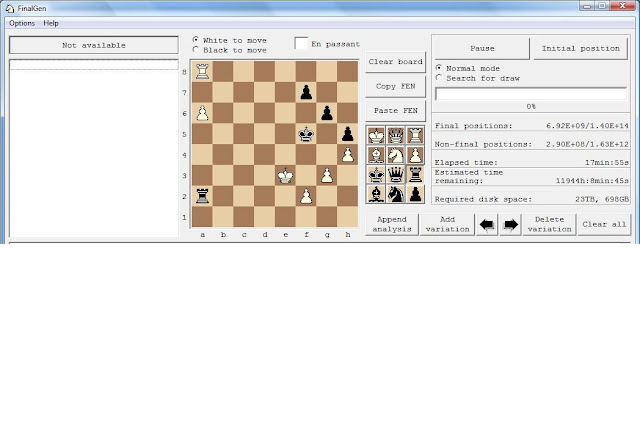 With thanks to Angus, Matt F and my collective twitter feed
Man with towel

Sixty Memorable Annotations Index
Rook and pawn Index
Posted by Jonathan B at 8:00 am

I like the comparison! And maybe you and your descendants can become TV celebrities, analysing rook endings until Deep Thought / Final Gen comes up with the answer.