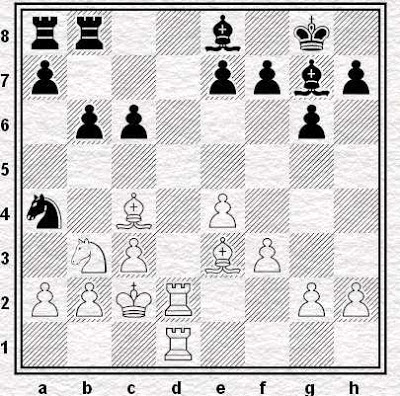 
Welcome back my friends to the show that never ends. Not my quest to document every last aspect of my appearance at May's Golders Green Open - that ends today (it has to, the June edition is on Saturday). This post, rather, concerns a story that's been running as long as the game's been played and will be coming back for encores as long as pawns are still being pushed. A little something called, "Weaker Player fails to seal the deal against Stronger Player".


One for the kids

The diagram at the head of today's blog shows the position I reached out of the opening against Peter Poobalasingham (FM). I'd swapped queens early doors and, I think, achieved a pleasant advantage. Then I got behind on the clock. Then I tried to speed up. Then I blundered. Then I resigned.

Exeunt stage left pursued by the bear of missed opportunity.

I might just as well have told you about the time I reached this position ... 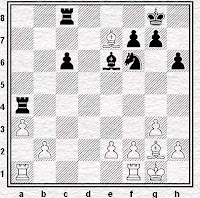 ... as White against Robin 'The Hack' Haldane and only just managed to draw it . Or this one ... ... also with the White pieces, this time in a London League match with plenty of time on my clock. I was up against somebody who'd have been the highest graded player I'd ever beaten had I managed to notch the full-point ... but I didn't so he isn't.

Chessers routinely failing against higher-rated opposition in positions that they'd win easily against their peers? See also Phil's rook ending save (or 'save' if you prefer) from Monday. What is this? Not an endless enigma - that's only half right.

It goes on and on for sure. Today's three performances are merely those that most readily spring to mind when I consider my own games of the past few months. There's no puzzle here, though. It's just what happens.

Weaker Player gets good or even winning position against Stronger Player, but only draws or even loses. It will be playing at board near you very soon. Come and see the show.

No it's not inevitable, and yes, it involves chance, but it's certainly not random. You can call that luck if you want, I'd understand if you did, but for me it's just playing chess.


(Note to self: really must get around to writing that Double Six series as promised two years ago)

A major factor is the stronger the player, the fiercer the resistance in worse and indeed lost positions. See most of Kasparov-Short match for instance!

I had a dream that you were the lead singer in a band called 'The future molluscs of Croydon'. Sir Ray Keane organised a concert and the rank and file of the bedlam brigade were in full attendance. CJ recited Shakespeare during the intermission.

You've been at the special cheese again, haven't you?