Ten years ago tomorrow, on the 8th of June 2003, I played my last Sicilian.

It was in Newmarket, in the final round of a weekend congress: my opponent was Martyn Goodger. I told myself beforehand that if I won the game, it would be the last time I played the Sicilian. I did indeed win the game, and sixty quid to boot for coming joint second in the congress. A nice enough game to be on the Black side of (16.Ba4 might have been a little more awkward). Since then, I've usually played 1.e4 e5 and occasionally 1.e4 e6. But never 1.e4 c5.

I'd played a lot of Sicilians up to then. Mostly with the Black pieces, since I haven't played 1.e4 since the mid-Nineties. Of course I started off, as a junior, playing 1...e5 but my first Sicilian with Black, or at least the first recorded in my scorebook, was on 19 April 1979. Regrettably the scorebook does not record the occasion, though it does give the opponent, a C Ward (not impossibly this one) and the game is rather inaccurately recorded as a Sicilian Taimanov. Which was presumably my intention, although in fact the game began 1.e4 c5 2.Nf3 e6 3.Nc3 a6 4.d3. I lost in 21 moves.

It was November before I tried it again, seven months being a lot longer when you're fourteen and playing a lot of chess than when you're forty-seven and playing scarcely any. It was long enough to persuade me that the Pircs I had started playing, after discovering a repertoire book in the library recommending that opening, didn't seem to suit me.

I started playing the Najdorf and stuck with it - with a few Taimanovs thrown in and a Scheveningen on one occasion - until 1985, when I stopped playing for a while. When I came back to chess in 1989 I favoured the Scheveningen, which was my almost exclusive choice until 1994.

I might (and should) have kept it up, too, had I not strayed across a passage in Suba's Dynamic Chess Strategy which persuaded me that in a crucial and unavoidable main line, there was a forced draw that I needed to avoid. (Looking at that sentence, it seems really stupid, doesn't it? Of course it does. It looks really stupid because it is really stupid.) I have been trying to avoid forced draws ever since. Or rather, struggling, as one struggles to avoid a curse. 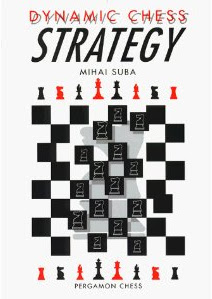 I went looking for alternatives - and that was it, for the Sicilian. Or "it" until it wasn't. In fact, from 1997 onwards, among the various Frenchs, Scandinavians, Caro-Kanns and open games I also tried, I had various pops at the Sicilian, including a Kan in 1998, another Scheveningen in the same year, then a few Sveshnikovs in 1999-2000. Then a handful of Sicilians, none of them open, until an Accelerated Dragon in 2003. This was followed by a King's Indian Attack which was followed in its turn by the decision to cut out the Sicilian entirely before it drove me spare.

I don't recall whether this was before or after I read Steve Giddins' book on building an opening repertoire.

Among the very good advice I gleaned from that book was to know what your repertoire actually was, not just to flit from one opening to another, acquainting yourself with many and becoming familiar with none, not maybe deciding what to play only after seeing your opponent's first move.

Shame it hadn't come out a decade before: it might have saved me a decade doing precisely these things. I might have taken Giddins' advice to look at another system within your preferred opening, when the line you like runs into a problem of whatever kind, rather than throw it in and waste all the knowledge and experience you've spent years building up.

But changing your openings is an addiction and, by 2003, cutting out the Sicilian was the start of the recovery program. Which, I may say, has taken a damned sight more than twelve steps and - just as the AA will tell you that an addict is always an addict - will presumably never end.

The recovering alcoholic is never cured – but must imagine himself in a protracted state of remission.

Either stick with it, or throw it away and stick with something else. I should have done the first: eventually, I did the second. I figured it'd be easier to do if I went out with a win. Maybe it was. Maybe that's why I've manged to keep it up for ten years.

But I'm tempted. Tempted now and then.

I played the Zaitsev for a long time. Nobody in over a decade ever played the repetition against me.

Incidentally, I've never heard anything but good things about the Giddins book. I always thought the problem, though, was that nobody would read it until years after they needed it. Glad to see I wasn't alone in that.

Thing is though, once somebody did play the repetition, when it mattered, you'd have to have a rethink. Which might be another way of taking advice only when it was too late.

In the Zaitsev, Black just plays a move that isn't Re8. It might objectively be marginally worse than an instant draw, but it's a risk that needs taking if you want to attempt to win with Black.

Depends who or where you play, I might suppose, but anti Sicilians are very probable when replying with c5 to 1. e4 .

ejh might like to remind us of the forced draw in the Scheveningen, as unlike the Zaitsev, I wouldn't think it well known.

I'd have to flick through my Suba, which I'm quite happy to do, except that currently we're separated by several hundred kilometres and a stretch of the Mediterranean. Maybe next week.

Well yes, but my point was that they *didn't* ever so it was more a theoretical problem than a practical one.

Mind you I didn't play many tournaments during that phase of my chessing so I was never in a 'win or bust' situation. Also, as Roger says, there's a relatively easy solution with the Zaitsev

This game (Van der Wiel - Kasparov ) is a plausible candidate, given how long ago it was that Suba wrote his book.

Unlike the Ziatsev there's no escape route apart from varying at move 10 with Nc6, b6 or Nbd7 and at move 11 with b6.

The Giddins book is a good read, but I have a problem with it. He describes how, with the help of a Russian trainer, he came to see the light about opening preparation as (IIRC) a thirtyish 2300-rated FM. He wrote the book ten years later, when he was... a fortyish 2300-rated FM.

Now, I have nothing againt 2300-rated FMs writing books. But I'd have expected that ten years of following his own advice would have improved his results, if that advice were actually very useful.