In which he played a murderous chess master

Maximilian Schell died last Saturday. Not having seen Judgment at Nuremburg, at least not all the way through, I suppose I knew him best for Cross of Iron. And until I read his obituary in the Guardian, I had never heard of


the bizarre Return from the Ashes...in which he played a murderous chess master. 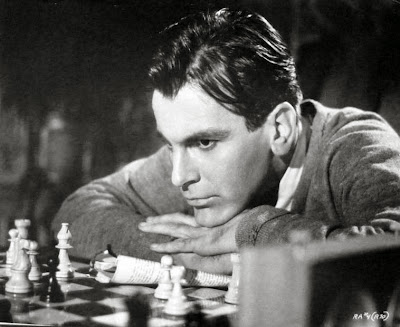 We seem to have come across that murder/chess theme before, haven't we? In this particular version, the chessplayer-murder, Schell, manages to kill Samantha Eggar but not, despite his best efforts, Ingrid Thulin, with whom he earlier makes a marriage of convenience after they meet over a chessboard. 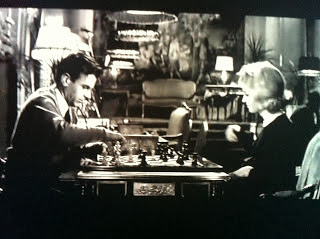 Obviously the moral of the story is "never marry a chessplayer", or indeed have anything to do with one.


You can watch the whole thing on YouTube if you click in the right places. I've not actually found time to do this, but I did see the first section of the film, leading up to Thulin's first encounter with Schell. You may be momentarily startled just after the eight minute mark.

[Images: A Certain Cinema, Chess Advocate.]
Posted by ejh at 9:55 am

After the 8-minute mark, is it Kronsteen from From Russia with Love?