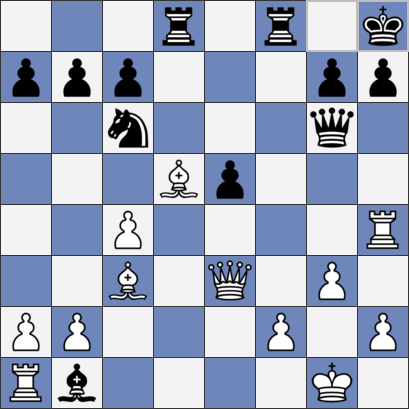 An innocent enough comment. Until, that is, you see that the guy playing White was Sebastien Feller and remember that he was one of the Frenchies who was up to no good three years ago.

Turn off the stupid computer and analyse for yourself


Did Feller play this game without computer assistance? Or did his silicon friend whisper 22 Rxb1 in his ear? It doesn't really matter does it? Just the thought that he might have had some help is enough to ruin this game and all his others too.


Anyhoo, whether you consider the exchange sac unhumanlike or not, it's not too difficult to understand. The rook on a1 is not contributing to White's attack in the slightest, the bishop defends h7. Why not give up one for the other? I suppose the thinking is that it's not so much giving up five for three as much as it's trading nothing for something.

My own theory is that ISE's can be loosely divided into two types, dynamic and static ... [the former  ] ... are much more difficult, because the compensation will or won't turn out to be enough according to various tactical details.


Clearly we have a Type One here. As before, understanding the nature of the compensation is one thing, knowing whether White has enough is quite another. 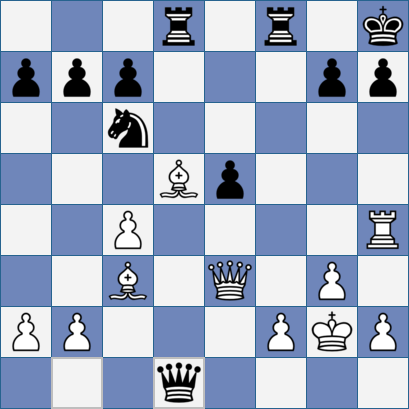 I'll leave the resulting position, the calculation and the judgement as to whether there's sufficient compo or not, to you. Well, to you or to you and your electronic friend if you prefer.

A quick engine check indicates that sacrificing the exchange was being flashy for the sake of it and that the annotator's Qe1 was preferable. The suggested defence of Black playing Qd1 is also the engine choice.

In the opinion of the engine, White is better even after Qd1, but not as better as he could have been by not sacrificing the exchange in the first place.

Looking at the opening, although 12 Qe2 is more popular than 12 Qe1, it doesn't make any difference and 18. Qd2 is the move that introduces a vaguely new idea of tempting the rook to leave e8.

White's earlier Nh4 move to force Bxh4 and get the Rook to h4 looks a useful way to make progress. Even earlier it's a line where White has to know or calculate that e4 is possible because of the Nh4 trick trapping the Queen. Actually while that's an advantage to White, it isn't decisive.

Oh yes - that queen trap line is a favourite of mine. Although i always found it confusing. Everybody writes, 'Nh4 traps the queen', but then you look Black gets pawn, minor piece and rook for her maj and you think, 'well is that winning then?".

Well I thought that anyway.