On Plans and Advice for Beginners

I’m back musing on the difficulties of calculating exchange sacs today. It’s the same one as last week, but a few moves earlier in the combination.

The theme this week is chopping and changing. Specifically, the benefits thereof.

Everybody knows the piece of beginner advice that tells you that it’s better to play with a plan, even a bad one, than drift from move to move without any consistent objective in mind. I frequently have the very opposite problem when trying to calculating lines, though. I miss moves precisely because I don’t change tack in mid-combo. 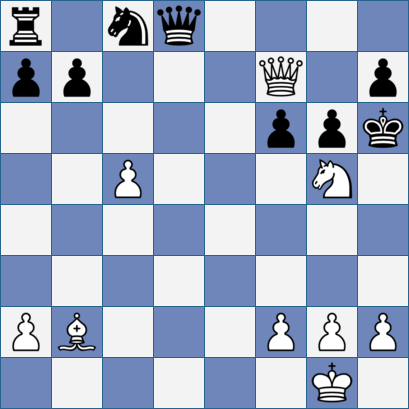 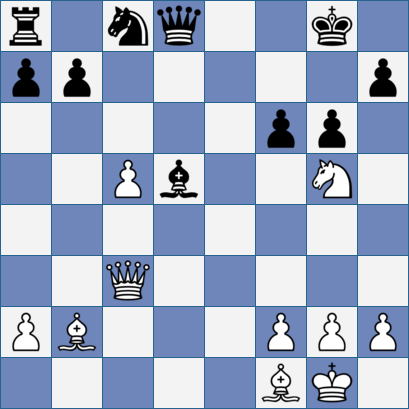 Here we have last week’s diagram and this week’s side by side. Arriving at the first from the second, while far from forced, is not difficult to calculate.  White goes 1 Bc4 (bringing the last piece into the attack) and if Black responds with 1 … Bxc4, then 2 Qxc4+ puts his king in a spot of bother.

That’s what I thought when I was thinking about this line, anyhoo. However, as I’m sure more than a few of you will have already noticed, last week’s post on the worry about whether White ends up delivering mate in this variation is actually entirely (read: more than usually) redundant because instead of flicking in the check on f7 White can win the queen in one move in this line too.

Why did I fail to notice this? Short answer: because I’m not terribly good at chess. Slightly longer answer: because my thinking was too inflexible. I was fixated on the king and didn’t stop to think whether there might be easier wins available. 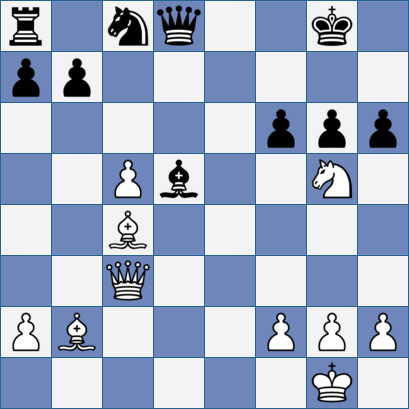 
Another objection you might have is that Black’s … Bxc4 is a little compliant. True enough, although he’s got to do something. White threatens simply 2 Qd4 winning the piece with a pin.

The computer thinks Black’s least worst option is 1 … h6. This is not the sort of move that I would spot a long way in advance. It looks a little random, not to say total rubbish. White can just play 2 Bxd5+ can’t he? After Black recaptures White takes on f6 and then mates on one of f7, g7 or h8?

Well, black can’t defend all his vulnerable points, it’s true. Mind you, given that he can get his own checkmate in first he doesn’t have to.

Give me this position and I’d probably find this idea. Give me the position seven moves beforehand, and it’s beyond me.

It’s not the sacrificing of the exchange to give mate along the long diagonal. It’s not the trading of queens to increase the power of your attack. The hurdle I can’t get over is doing one and then immediately doing the other as part of the same idea.

It’s like patting your head whilst rubbing your stomach. Two simple enough actions when taken in isolation, but put them together and I just can’t do it.

I think that's one advantage a computer has over a human. It sees each potential position down the line fresh, and isn't fixated on the plan from the previous move.