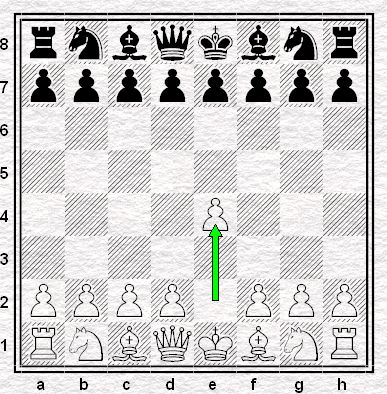 Twenty years ago today, in a club championship game in Oxford, I played my last 1 e4.

You can see the game below: it was entertaining enough to play, as I recall. (I've not put it through a program, for no better reason than that I don't actually have a working program at the moment. If I did have one, I suspect it'd show me a better reason.)

I don't think I intended it to be the last when I played it, unlike my last Sicilian, but it was. "Last" in the sense of over-the-board, freely-chosen: I've played it since in correspondence theme tournaments, where you have to play both sides whether you like it or not. But since that day twenty years ago I've never sat on the White side of the board and touched the e-pawn first.

Save two short periods as a junior - one playing 1 d4, one playing the Sokolsky - I'd played it since, like most players, I first knew what an "opening" was. I suspect many players never try anything else. (The Sokolsky, by the way, was more successful than 1 d4. I had little idea what I was doing with either, but in the case of the Sokolsky, my opponents had even less.)

We all know what Fischer said about the move 1 e4, though he didn't call it that. These days people are saying something different. I saw Sergei Shipov quoted in the latest New in Chess:

The most significant phenomenon of the last few years has been the Berlin Variation, putting an end to the move 1 e4.

That's as maybe, but we didn't really have the Berlin back in 1994, any more than we had meerkats. I'm pretty sure I never met it even once. It wasn't any particular theory that induce me to drop the move: it was all of it. I just got a case of theory overload and decided, like the overworked commuter who seeks a simpler life,* that it was time to get out forever.

It was my last White of the season and I had time over the summer to realise that while I could maybe hack choosing between main lines and sidelines against one of the French, the Sicilian and the Open Game, I couldn't handle doing it with all of them. There was no way out. I either had to learn too much theory or play too much rubbish.

Twenty years later, with the idea of playing 1 e4 as alien to me now as once was the idea of playing anything else, I vary between 1 d4 and 1 Nf3, an indecision which seems to suit me well enough. (There's probably as much theory as there was with 1 e4, but somehow it doesn't seem like that.) But when I actually fled the king's pawn, the first place I washed up was was the square two files to its left. 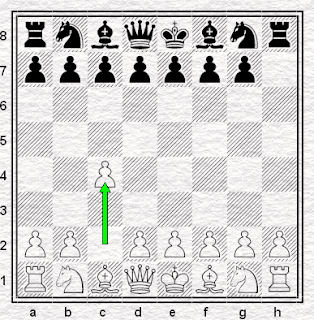 I don't remember what my guide was then: I could have sworn it was Tony Kosten's influential book, which I certainly used for years 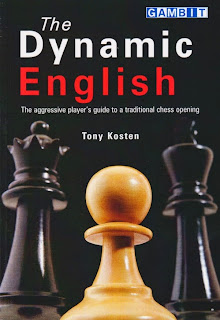 but looking inside it now, I find that it was published in 1999. How strange.

So I'm not sure what I used for my early years with the English, but I seem to have managed. Not at first, mind. I lost the first three games I played with it. It took me six goes to win one.

I didn't think of going back, though. Still less, twenty years later. 1 e4. Why do people do it to themselves?

When I played tournament chess from age 10 to 15, I started off with 1 e4 exclusively (we called it P-K4 then), and only flirted with other options. 20 years later, when I decided to play chess again, I had totally forgotten what little theory I had known, and discovered that computer analysis had also changed the landscape anyway, so I decided to learn some new openings from scratch and went with 1 d4. Then I discovered 1 Nf3, and have been happy using either. I never looked back!

Why do people do it to themselves?

Well, I play e4 for two reasons. The first one being that I started out with e4 and don't know anything else. The main reason is all the theory I've spent ages learning, I'd hate to have learned it for nothing!