The Worst Move(s) on the Board(s) XX 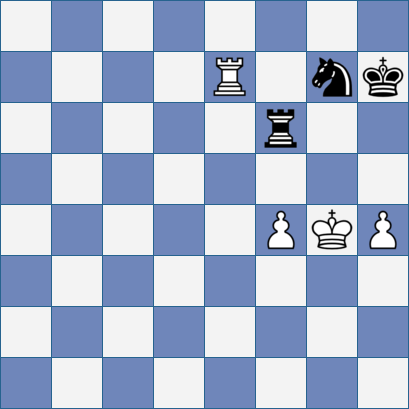 I played at Golders Green on Saturday. The first time I’ve been to one of Adam Raoof’s events for a long time.

I had mixed feelings when I entered. I was certainly in the mood for chessing, but I wasn’t sure how well I was going to do. On the one hand I knew I’d be one of the highest rated players in the Major (u170) section and I done pretty well the last few times I’d played there. On the other I’d only played a handful of rapidplays since 2013 (the most recent back in January) and I had hardly covered myself in glory in Sitges.

Not to worry. I wanted to play. I would just turn up and see what happened.

Then I saw David Howell’s post-Warwick tweet (Champions) and decided I was being a total weed. Why was I aiming so low? I might be out of practice, but there was not reason at all not to give it a go.

I reset my goals for the day. Now I would be turning up with serious intent. Perhaps I wouldn’t win the tournament - on the law of averages alone I probably wouldn’t - but winning would nevertheless be my aim. My feeling that I should really be trying was reinforced when I arrived at the playing hall and discovered that I wasn’t just one of the highest rated players in the Major, but in fact was the very top seed.

I have to see this new rather positive attitude led to the most memorable start to a tournament that I’ve ever had. After four rounds I had scored precisely one point, my solitary win coming against the second-lowest rated player in the event. 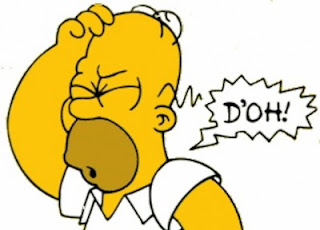 Things began pretty well. I had the black pieces in round one and slowly outplayed my opponent to reach a rook and minor piece ending a pawn up. You’re not really supposed to lose on time from there. Not when you have six minutes to your opponent’s one, anyway, and certainly not when the tournament time control has increments.

Nevertheless, in a position where I had rook, bishop and two pawns against rook and knight my flag fell. Thinking that I was running low on time - I’d thought I had about 30 second left - I glanced over  at the clock to check just how close to the edge I was getting and was shocked to see that I’d already fallen off the cliff. If there’s one thing that’s worse than making the worst move on the board it’s not making a move at all, I suppose.

Anyhoo, on to round 4. I lost an exchange coming out of the opening, but my opponent played sufficiently loosely thereafter to give me reasonable cause to claim that it had become an ISE. A certain amount of riding my luck later, we reached this position. 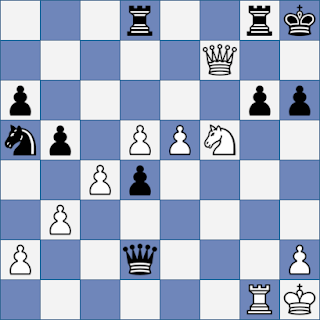 
Take the draw? I was tempted, but what the hell? We both had less than a minute on the clock. Why not roll the dice? Win this game and win the next two and I’d still end up with a decent tournament result.

The blink of an eye later and we were here. 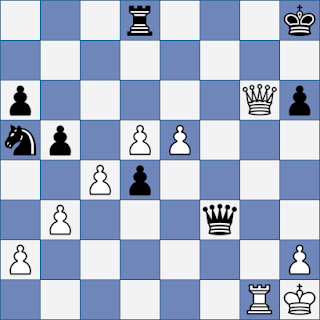 Close to mating, but no cigar. Instead I have two legal moves and obviously blocking with the rook allows a repetition with back rank checks if nothing else. Feeling that I hadn’t given up a certain draw a few seconds ago just to allow a perpetual now, I reached for my queen. Even as I was making my move I realised what I was doing. Way too late, by then, of course, way too late. 0-1 it became.

Positive intent is all very well. It’s not going to help you much, though, if you’re playing like a twat. It wasn’t just that I’d managed to do both of these things in the same event that made last weekend’s Golders Green unique for me. It was that I managed to do them either side of what I did in round 2. 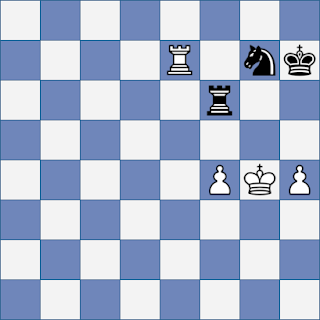 After a fluctuating game my opponent and I arrived here. It is - or should be - pretty much dead as results go. I can hardly lose since even if my pawns were to drop off the board it’s still drawn.

It’s hard to imagine Black losing either. Still, he’s a bit bunched in the corner. Recalling Aagaard (SMA#4): I’m not going to get an opportunity to win Black’s knight for one of my pawns and even if I did it would probably only result in an unwindable RKP v KR ending. I’m not going to win his rook. I’m not going to corner his king in mating net. Even so, why not push on anyway? With both flags hanging you never know, do you?

If you count them up you’ll see that White has 19 legal moves in this position. 14 of them maintain the status quo, three give the rook away and one chucks in the exchange. I chose the nineteenth.

The Worst Move on the Board Index
Posted by Jonathan B at 8:00 am

very logical to attack the Rook

I also guess that you played Kg5

That really was the only interesting move to find. I hope you both lolled