The Face Of Evil

Chess, as we well know, is evil. Play chess and you go mad: do evil, and it's probably because of your chessplaying character. Another example this past week, from the Economist. 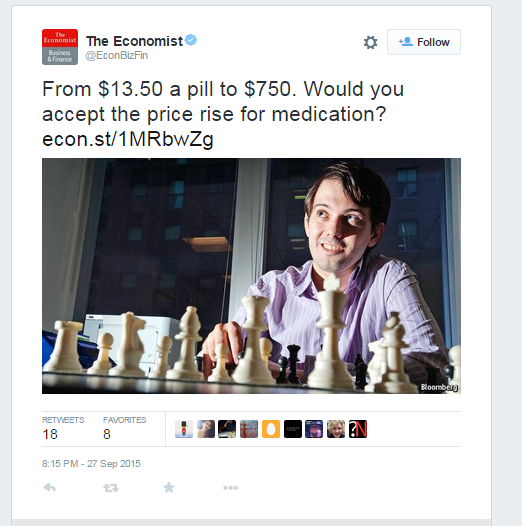 Yes, that's unfunny comedy-villain, Martin Shkreli, who saw fit to raise the price of a vital drug by around 5500%, and never mind who gets bankrupted or dies.

So how, is he portrayed by the Economist? How do you portray the face of evil?

Obviously, they photograph him behind a chess set. 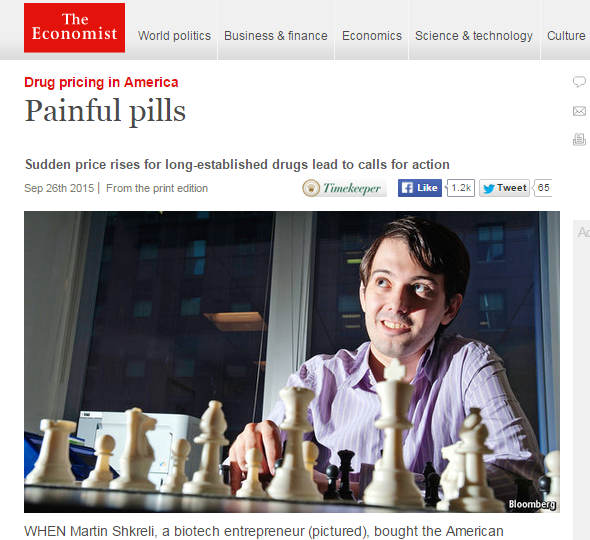 The FT have done the same and all. 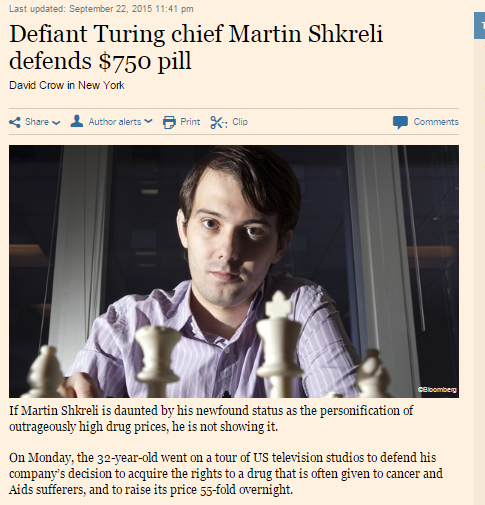 Only it's not so simple, because - heh - apparently the chess connection is for real this time. According to CNN: 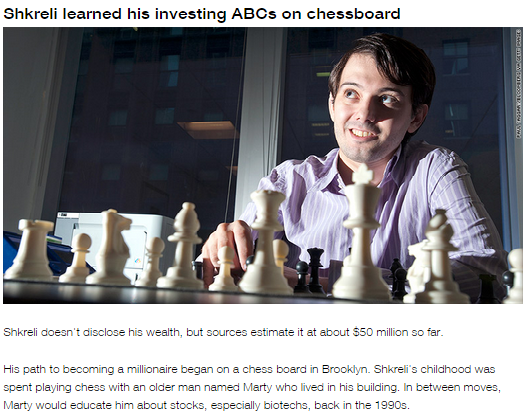 And while you don't have to believe every detail (or indeed any detail) of the life story of some amoral chancer on the make, I'm afraid he is an actual chessplayer. Courtesy of Jon Manley, here he is on the USCF membership list

He appears to have been too busy to renew this past year. If he tries to rejoin I endorse Jon's suggestion that his subscription be reviewed. And perhaps raised a little, maybe about 5500%.

Still, we can't wash our hands of this one. Clearly there are two ways of looking at it. One is to keep chess away from children, in case they turn into Martin Shkreli. The other is to do everything we can to promote professional chess, in case people give it up and become Martin Shkreli instead.
Posted by ejh at 7:55 am