The Worst Move On The Board XXI 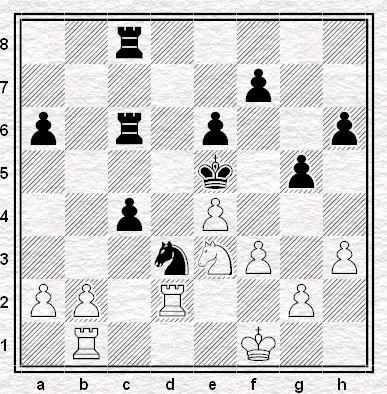 Bad day at Black Rock for Vidit Santosh Gujrathi in Baku last Sunday. Well placed against Lázaro Bruzón Batista, no problems at all save the approaching time control, maybe push on to try and win it once he'd got there...

...but he never got there. Matter of fact his next move avoided getting there as quickly as it possibly could.

But there's more. As stated in the Chess24.com report, from which today's entry is cribbed, he had every chance of equalising the score in the return game, but let it slip. 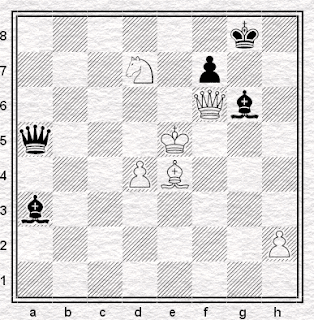 Indeed by the time we reach our diagram he was actually lost again, though if you can say exactly how Black wins against 57. Kf4, without touching the pieces or a computer, then I reckon you're doing pretty well. Try it, maybe, as an exercise.

Our man wasn't doing pretty well, not by that stage. No 57. Kf4 and no exercise for Bruzón: just the quickest possible win for Black, delivered on a plate.

Bruzon's luck certainly ran out a couple of days later against Kramnik. If he had played Kc8 instead of Kb8 he would have had the pleasure of claiming a draw under the 50-move rule just as Kramnik was about to mate him...

Howell - Lercel King's Place 2015 Rd 1 is a shocker, even with presumably no time on the clock. And after comfortably holding v someone nearly 500 points higher rated.