So said my friend and fellow blogger Morgan Daniels last Sunday. I'm not sure I'd agree with him entirely but certainly I think chess must be one of the most frustrating games to play.

Take the Paignton Congress which finished last Saturday. I ended up on 4.5/7 in the Challengers (u-180) section with a tournament performance rating of 174. That's a good 8 points above my new grade but I can't say I'm satisfied with the outcome, not even when I take into account the fact that I had a pretty tough draw. I played all of the top three finishers - I believe I was the only person who did so - and also had games against one of two winners of the 154-161 grading prize, the winner of the u-154 grading prize and the winner of the slow starter prize.

Six of my seven opponents took home prize money while I won precisely bugger all - which is why I'm not particularly happy with my +2 result. I had started very well, reaching four out of five, but then rather collapsed. Far from being pleased with my performance all I'm seeing is a missed opportunity and a 4th equal finish that 'should' have been a share of second place at worst. Such is the nature of tournament chess I suppose. 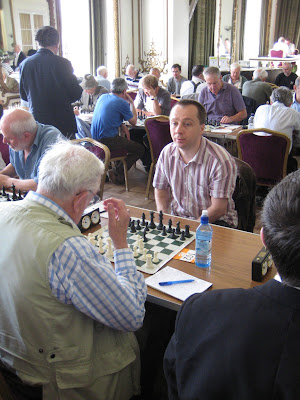 Your humble scribe looking dazed and confused ...
the last round 9:30am start did not suit me to say the least.

Higher up the food chain the Open was won by Keith Arkell and our own Angus French, to whom we are indebted for the photographs in today's post, secured a share of the grading prize with 4/7.

My poor finish notwithstanding, I have to say that the tournament was well run in pleasant conditions and I very much intend to return for the 60th Paignton Congress next year.

Here's one of my favourite games.

Immediately afterwards I was rather pleased with the way I had consistently prosecuted a long-term plan of pressuring White on the queenside. Needless to say, it didn't take long with Fritz to see that actually I hadn't played very well at all! Like I said, chess is just inherently frustrating. 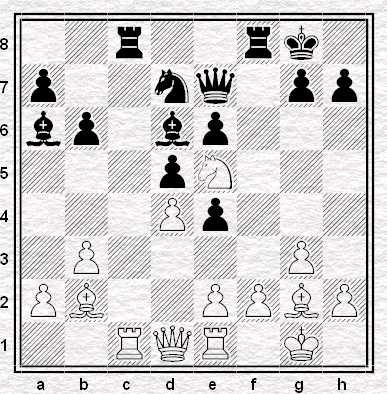 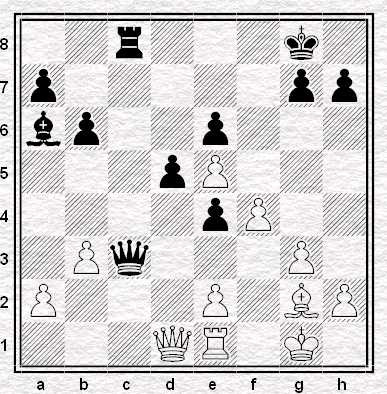 In this position I played 23 ... e3 with the idea of a future ... Qd2 when White can't take because of ... exd2 and ... Rc1 when Black will make a new queen. Again it's not a bad plan but once more there's an immediate win there for the taking. It's a slightly tougher tactical sequence than the previous example but still well within my capabilities and I should have spotted it. 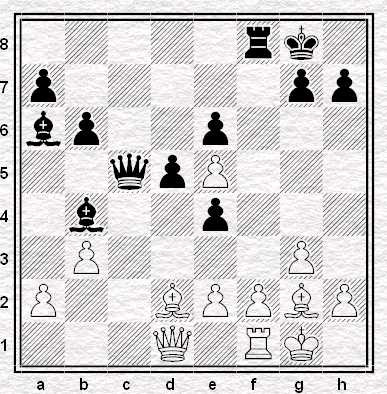 This one's less clear cut. I swung my rook over to c8 but perhaps there's something better here? I'm not sure. It was definitely another tactical sequence that I missed but perhaps here it's not so much driving home an advantage as much as forcing White into a worse but possibly drawable ending? 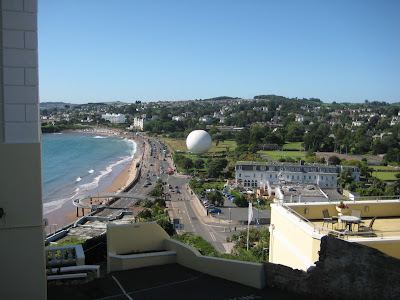 Torquay.
not as close to Paignton as Angus and I had thought but certainly a pleasant place to stay 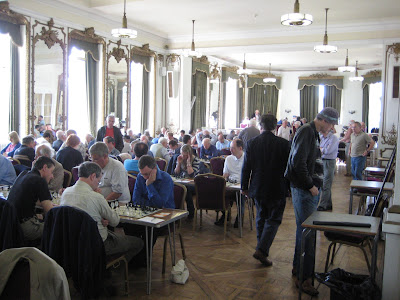 The last round. Somebody in this picture was one of my opponents at Coulsdon, 2000 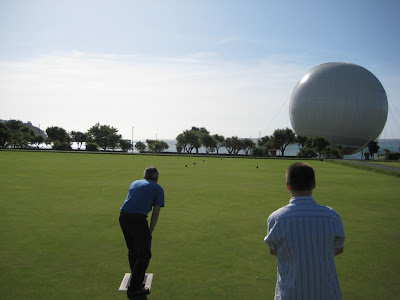 It wasn't all chess last week.
The morning of the sixth round Angus and I bumped into Joe Skielnik and we all went bowling

"Your humble scribe looking dazed and confused"......at finding his e pawn on e5?

At that time in the morning I was lucky I picked up the right pawn at all.

Ray Kearsley - formally of Wimbledon - told me his last round opponent meant to play the Reti against him but picked up the c3 knight by mistake!

About playing early in the morning:
- previously I've really felt this and found it nigh impossible to get into gear.
At Paignton I was fine. Possibly this is due to:
- being fitter than I have been in a while
- having reduced my alcohol intake
- having got up early in the morning on previous days
- being fortunate in getting a game in which I believe I understood the strategic ideas.

That should have been formerly ... although Ray is a pretty formal fellow!

Also, I meant the b1 knight (c3 was where it ended up)

You did indeed have a very tough draw although this was generally bad news for your opponents. It was still a great result although a cash prize would have been nice. You modestly forgot to mention that you won the bowls - the prize could not be taken home but is featured in two of the photos !
Joe S

The jack you're playing with in the bowls seems a bit oversized. Looks like it flattened a few trees.

I thought maybe they'd gone to Portmeirion instead.

In the second one, are you thinking of Qe3 check and if Kh1 (Kf1 g5) you play Bxe2 and win everything on the back rank?

Right on both counts EJH.

We have a video of him bowling - and getting the wood about an inch away from the jack. Sadly too far in the distance to be picked up on camera.

HAPPY BIRTHDAY to Jonathan B!!!