To start our week here at the S&BC Blog we return, briefly, to EJH's post last Wednesday.  My interest today is not so much in Ken Rogoff, but Bankers Trust. Specifically, its attempt to find staff by placing adverts with New in Chess.

Might a mastery of the 64 squares indicate a potential for success in other fields?  Are the very best chessers under-exploited by society? It's an interesting concept, don't you think.  When was it, though, that the Bankers were trying to recruit Grandmasters? The mid or early 1990s perhaps? Could it be that with regard to the notion that the potential of the strongest chess players was being overlooked, as with much else in the chess world, a certain Raymond Dennis Keene got there first?

Let's take a trip back to the summer of 1990 where we'll find my occasional fellow blogger having just hit the high-water mark of a 2700+ elo equivalent career in personal publicity. Coincidentally or otherwise, he is also just a few months away from what will be his very lowest ebb (all that unpleasantness in The Sunday Times), but neither he, nor anybody else could have known it then.  As we join our friend Raymondo he is blissfully unaware of his fate and still basking in the aftermath of four consecutive frontpage appearances in The Times, a big article about him in The Sun and, aside from other coverage in Britain, dozens of appearances in newspapers and television programmes around the world.

As July turns into August Keene is truly a global phenomenon.  And why?  Because he has, as his own CV's sole entry for the year puts it,  "Dramatically solve[d] the Black Queen Murder Mystery for Lancashire Police".

Regular visitors to our humble blog may remember our post from last July which outlines the details of the case so we won't review the story again today.  Neither will we lose any time comparing what  RDK actually did with what he was supposed to have done.  That's a question we will return to on a later date (27th November, 2011 to be precise).

No, for now, all we need to know is that our man is enjoying coverage such as this, 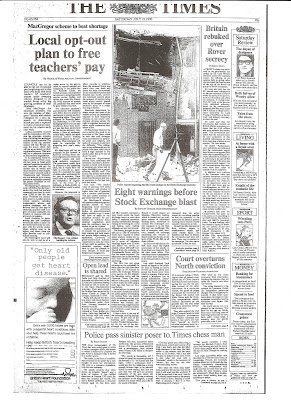 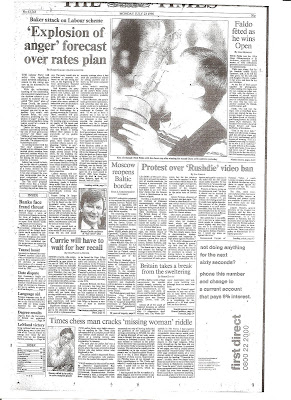 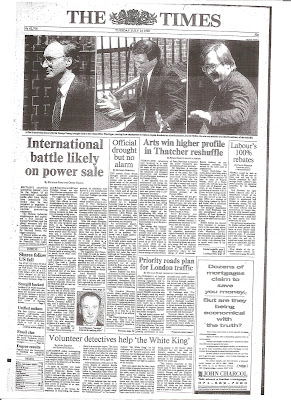 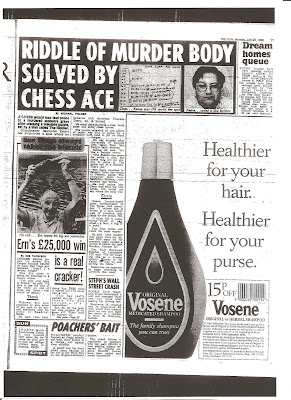 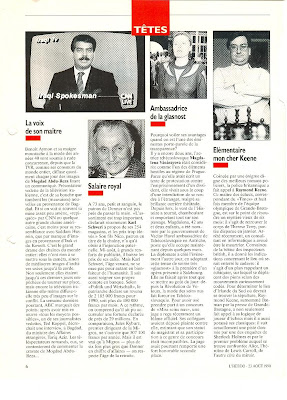 I thank the reader who kindly sent me this cutting

Keene, then, is surfing the wave of interest in him and, his involvement with the "sinister poser" now at an end, he begins to turn his mind to the question of what he might do next.

... the kind of brain that can play chess well in early youth is also supremely well equipped to act as a commentator, editor, thinker, about political, social, national and international issues.

he tells Cathy Forbes in an interview that will appear in the November 1990 edition of Chess Monthly (Vol. 55 No. 8). Does the erstwhile British under 18 Champion and World Junior silver medalist have anybody particular in mind? I'm afraid he seems to be too modest  to say.

The conversation moves swiftly on.  Might Mrs Thatcher employ a few chessers in her government? Yes, our man agrees, she should.


There are certain problems that a think-tank of Grandmasters might attack ...

Hmmm. Perhaps best not go there.

That sounds much more promising. Any particular area suggest itself to you?

Now you're talking. RDK going mano a mano with Osama bin Laden?  That's what the public want to see.  It would be like Ronnie Reagan's scrap with Chernenko in Frankie Goes to Hollywood's Two Tribes video.

How can we make this happen?

I'm not saying we'd come up with the right answers but I think such a team might well come up with interesting answers if asked by governments ....


So all that needs to happen is for a political leader to recognise RDK's mastery of The Vision Thing and we're in business?  Truly 1990 must have been a year for rejoicing and optimism. 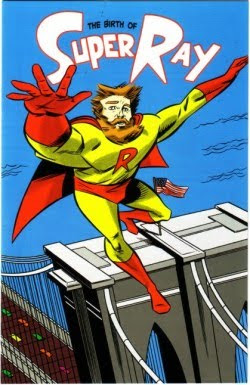 Ask not what your country can do for chessers ...

Sadly, it is at precisely this point that we must return to our own time. On our arrival back home, and with the benefit of hindsight, we can only ignore naysayers who try to tell us that Raymondo might just have got a teensy bit carried away with himself and lament that Number Ten never made that call.

That's the trouble with being ahead of your time, though, isn't it?  The people around you aren't always ready to hear what you've got to say.  Still, Keene had seen the future, and if it didn't exactly work out swimmingly for Bankers Trust that was hardly his fault.  Twenty years on, is it too much to hope that the world might finally catch up with RDK?  How much longer, do you think, before Dave and Nick realise it's time to consult The Oracle?

Frankly, the way Clegg's going, I wouldn't be shocked if this happens. The guy's a demagogue who's turned his back on precisely what made him a demagogue. Not sure what that actually makes him. Apart from a pillock.

Get Spess in office.

I agree with PJM.