I've had clinical depression since age 14. It's not really a secret.

When you're trapped in the misery of your own head, unable to see a way out, there are many ways to proceed. Some find a perverse pleasure in delving further, eking out the vestiges of the psyche, challenging themselves to face the worst realities. Others find a quiet corner and hide away, hoping that the world will pass them by. Some mould their troubles into forms of expression; poetry, literature, music. Others lash out. And many give up.

I've done the majority of these things at some point or other. At times, chess has been enormously beneficial and, at other times, it's worn me out even further and been a massive hindrance. However, I wouldn't play if I didn't still enjoy it; I've become quite skilled in the art of self-preservation. Simply the fact that I love every second means that, on occasion, I'm going to be in a particularly low place when I play. The act of playing doesn't improve my mood; it just means I'm doing something reasonably productive. I'm sure I've come across as cold after a game when I've turned down a post-mortem; sometimes I just don't want to interact with anyone longer than I have to. 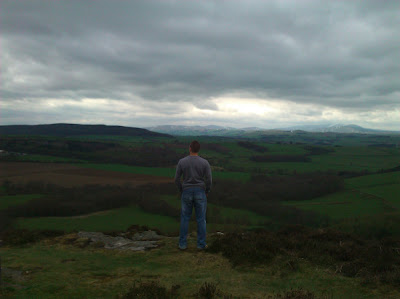 Introspection. And not about to jump, I promise.

Depression has certainly shaped my style of play. When your head isn't a very pleasant place to be, you want to spend as little time as possible thinking concretely. I play quickly, aggressively and instinctively, and I spend a lot of time away from the board. My recent retirement from the 4NCL was partly influenced by a desire to streamline my chessplaying into short sessions only; it's no coincidence that I've only ever won one game that lasted over 5 hours. Evening league chess suits me.

Another reason for the way I play is that I rarely get stuck. I might be completely lost but, if it's been an open game, it's likely there's a fun resource somewhere. If I felt like I was going nowhere a lot of the time, that would be far too reminiscent of real life. Much like Makepeace - Daly, Dublin, 2011. 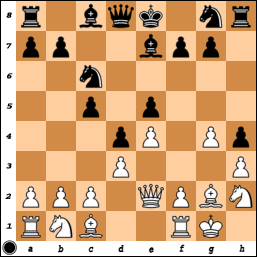 White is probably already lost. Physical symptoms have cropped up over the years, and the sensation of not being able to move is thoroughly unpleasant. It exacerbates whatever's going on in your head.

Last week, I promised an explanation. I'll give the position again. 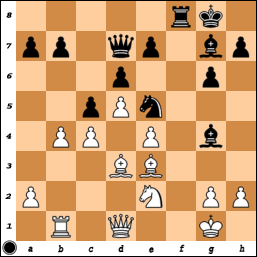 I have a small edge, by virtue of my superior minor pieces. The best move is 17... cxb4 followed by 18...b6 when the rook recaptures.

I'd been way off form for around 2 years and I wasn't sure if I was ever going to break the pattern. Then I saw 17... Bf3. I checked it, re-checked it and barely concealed a grin as I played it. After a long time playing unimaginatively and on an uninspired autopilot, my confidence was back.

Getting to a place where you recognise yourself again is an important part of the coping and recovery process. Andrew Green came up to the board after the game finished and said "Only Phil Makepeace would play Bf3." It was even more pleasing that other people could still recognise me.

I will take any excuse to repost this game from redhotpawn.com...