We may scratch our heads about the "better offer" that he claimed to have received, since the projects in which he is presently engaged do not seem to add up to much more than panto rehearsals, and it is, besides, hard to imagine what "offer" would have caused CJ to spend less time on ECF Presidential business than he did in the last year, given that the time which he expended on that business was approximately nil. But never mind, never mind, the main thing was - no more CJ. Gaudeamus igitur.

But life is full of disappointments, and like the proverbial bad penny, albeit a peculiarly expensive penny, CJ has turned up again. Not in person, thank whatever God you may believe in, but in relation to the ECF Council meeting that took place the weekend before last and from which it was reported:


In response to a question from Alex McFarlane, Andrew confirmed that a payment had been made to CJ de Mooi in respect of his trip to Istanbul, but that his total expenses came to significantly more than the amount claimed. Mohammed Amin proposed that the Board should investigate whether CJ adequately fulfilled his role in Istanbul, and seek a refund if it was concluded that he did not. This was approved on a show of hands by 15-12.

I admit my first reaction to this intelligence was that it was an absolute waste of time, since the chances of getting a refund out of CJ are no better than the chances of getting the truth out of him. Still, it has the virtue of giving us a small period to ask some useful questions in advance of the usual declaration that there's nothing to see here.

It does seem that CJ managed to terminate his jolly to the Olympiad without attending the FIDE General Assembly* let alone reporting back to the ECF on the event. This would not normally be considered an adequate degree of performance in discharging an official's duties, a shortfall which would be exacerbated if, as is suggested, it was known before the event started that CJ intended to resign. Which does raise questions not just as to whether monies were received for duties that were unperformed, but whether they were actually asked for in good faith. 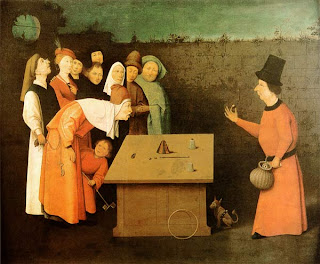 You know, in normal circumstances, I reckon it would be considered a serious embarrassment if you shelled out a wedge of money to somebody to go to an overseas meeting which they were not obliged to attend, and they skipped away without actually (or properly*) attending the meeting - but, nevertheless, kept the money. Especially if you had already had all sorts of problems involving that particular individual and untraceable sums of money.


But how much was handed over into CJ's sticky mitt? I am afraid that, not for the first time, I do not know. Because nobody is telling. I rather wish they would. It matters. I mean if there's been a mistake - and there surely has - how are we supposed to come to any judgement on the importance of that mistake if we don't know how much money it involved?

See, with the untraceable money from Sheffield, if it were just fifty quid which can't be matched with paperwork, then maybe we could say all right, these things happen, it's not so important. But if it were ten thousand quid, that's a different story, isn't it?

As with Sheffield, so with Istanbul. If we divvied up twenty-five quid, I'd take a different view than if the sum were, say, five hundred.

Thing is, I do actually pay towards the costs of the ECF. It's not an atrocious amount, far from it. But it does mean that I am among the collective group of people of whose money we are speaking, when we say that we appear to have flushed an unspecified amount of it down the toilet for the benefit of CJ de Mooi's holiday and networking opportunities. 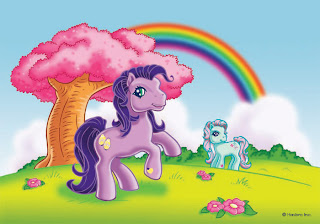 So to me, it matters how much. But it also matters because you do not achieve a proper state of financial organisation and rectitude without thinking that figures matter. If you don't think that figures matter, you will not have your financial house in order. And the first responsibility of any organisation is to have its books in order. This is so whether it be the English Chess Federation, the Coca-Cola Company or the People's Front of Judea.

Or maybe there is. Because it turns out that the ECF's accounts are still not properly in order.

Yes, they're working on it - and I mean that without irony. Still, I raised an eyebrow when I heard. And I raised the other when I saw the minutes from a recent ECF Board meeting. See this page, scroll down to Meetings / Minutes and click on the link for Board Meeting No 63 August 2012. [NOTE: since this piece appeared the link has mysteriously ceased to function.]

there is a striking passage:

That's what proper records are for. That's why they're required.

The only way you really can be comfortable that there has been a contribution from X is because you have a document from X to say so. No document, no comfortable. And this is so even where X is a reliable individual, which is not true of every X I can think of. Otherwise, you can use the word if you want, but it invites the response - on precisely what basis are you "comfortable"? 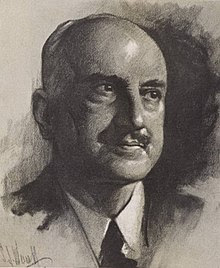 But that's another subject I've written too much about, you may be thinking. You know, you might be right. What can you do? These things keep on happening. It's the normal consequence of being in denial.

Those ECF minutes you give a link to. They look like the real things, the confidential Board documents that aren't meant to be published. Usually the material on the ECF website is just a summary of attendees and decisions taken which can be made public.

IN STRICTEST CONFIDENCE written at the bottom of each page is a give away.

As regards CJdM, was not the problem at the Olympiad that he had to share a meeting room with Alex McF and LB who were present representing Scotland?

The IN STRICTEST CONFIDENCE bit certainly attracts the attention.

Just to clarify, by "whether it was known beforehand that he was planning to resign" I don't mean "by the ECF Board", as I don't believe Cj would have received his "token" assistance had they known. But I do mean "by anybody involved with the ECF, other than CJ himself". The point being that if anybody did know, it would have been nice had they said so: if CJ got on the plane to Turkey having already decided to resign, he should never have got on it.

Thre was a tweet from CJ saying he was off on a holiday.
What surprises me is that expenses are paid out up front. Shouldn't the series of events be; book trip, do job and then claim? The ecf office have (at least) twice paid out to this clown without following adequate procedures.

I'm not sure about twice (what other occasion are you thinking of?) but it's true that whenever I've been on a trip that somebody else has paid for, at work or for a job interview, I'm sure I've paid first and been reimbursed second. Which does kind of help ensure that the thing for which you are being reimbursed is properly carried through.

(May I remind commentors that names or initials are preferred where possible.)

The other known example of the ECF paying is where CJ claimed most of the Darwin sponsorship.
It's not beyond the bounds of possibility that the ECF booked and paid for the flight and accommodation. It's even quite likely as he would have had to be accredited as part of the ECF delegation in Turkey.

I hope all the hackers out there grabbed copies of the ECF documents while they could as the links have now been removed. I thought it was a rather surprising exercise in open communication by the ECF Board.

As chairman of the Irish Chess Union, I was at the olympiad for 3 days. At the ECU general meeting (6 September), I chatted with CJ, and he introduced me to Kasparov. He also got an invitation from Andrew Paulson to a fancy dress party. Sadly, I did not! I don't remember seeing CJ at the FIDE general assembly on Friday 7th. He may have been there, but as I was parked in the front row, I couldn't tell. When I saw he had resigned, I presumed it had something to do with what might have happened at that party on Saturday 8th September.

Finally, in CJ's defence, he gave a wonderful speech at opening of the Bunratty Chess Tournament in February 2012. As the head of the ECU, he was well received by the Irish players.

Of course, as to any financial irregularities he may or may not have been involved in, it's not my place to comment.