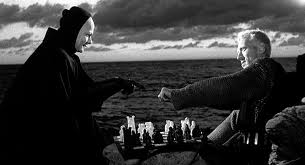 The vast majority of sports have a set space for their arenas. Any architectural considerations are thus given over to how best to accommodate spectators. Formula 1 tracks - at least nowadays - are designed with a mixture of safety and entertainment in mind. Widowmakers like Nordschleife and the extended Hockenheim and Spa will never see F1 action again; they were products of an era when racing was pure and when no thought was given to practicalities. As long as there were cars, asphalt and a tubby bloke in a pork pie hat waving the chequered flag, the event would take place. It's not for me to say whether this is a good or a bad thing. 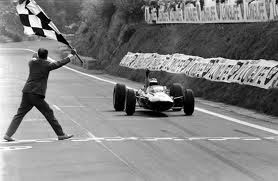 Never to be seen again

The Taylor Report was an extremely important development in the lineage of football. All-seater stadia have a lower capacity than terraces and offer a completely different experience for the crowd. Take Molineux for instance; their Kop was once capable of holding 30,000 people. The entire capacity of the current stadium is 31,700. It's not for me to say whether this is a good or a bad thing. Indeed, Lord Taylor himself said that standing accommodation isn't intrinsically unsafe.

What about chess, then? How can we assess the current suitability of venues? How do they speak to us? How do we react to them? 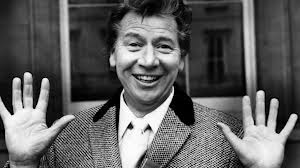 
And now we're all over it! The success of the e2e4 tournaments owes itself to our hunger for space. It's a traditionally petit bourgeois principle, and perhaps reflects the overwhelmingly middle class player pool within chess. Certainly more so than within football, where surveys like these reveal just how many people struggle to keep up financially.

Of course, the difference is that chess, as a physical entity, isn't aimed at the paying spectator. And it's unlikely that it will be any time soon. Though I quite like the idea of Wood Green and Guildford casuals chasing each other around Wokefield Park.

But is this a good or a bad thing? It's not for me to say.

chess, as a physical entity, isn't aimed at the paying spectator. And it's unlikely that it will be any time soon.

Quite, although this writer managed to write "Paulson intends to achieve what many others have failed to do and turn chess into a real spectator sport" without noticing that the event he was covering did not actually admit spectators. So it doesn't seem to make much difference whether we are there or not!

(I used to write for the same football magazine as that writer. I'm surprised at him.)

Funnily enough, i've just used the first phorograph myself for a piece that will go out later this year/early next.

i've also been a bit interested in the places in which chess isplayed. The fact that so many club chessers seem willing to play in mediocre to appalling rooms (cold, dark, damp, dreary) always seems strange to me, but it does seem to be a given.

I also find the venues of 'professional' tournaments interesting. Something I'll come back to at some point maybe.