56 people entered my UCL pub quiz last night. 56 people were given this question:

"Which English chess Grandmaster challenged Garry Kasparov for the World Championship in 1993?" 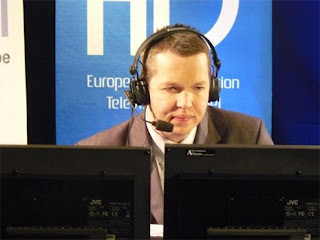 I suppose a few of the participants wouldn't have been born when the Savoy hosted our Nige's finest hour but, for the entire room to be devoid of interest, that surprised me.

Having said that, no team managed to identify a screen capture from Café de Flore, one of the most significant films from 2012, so perhaps it was just an anomalous bunch in attendance.

I guess we won't know for sure how representative tonight's findings are until a relevant topic comes up on Pointless, that pillar of collective consciousness. However, for now, Nigel Short is very much our pointless friend.

Nigel Short Index
Posted by PJM at 8:00 am

Did any of the participants attempt a guess? You might know nothing of an event nearly twenty years ago, but if you knew the name of an English chess GM, it could be a plausible guess.

I'd never heard of One Direction until the middle of last week.

Even among chess players, at least where I come from, the history and current events of the game seems to carry little, if any, interest. I think most people might have heard of RJ Fischer and possibly Garry K (because of his Deep Blue publicity and because he was in a TV commercial during a Super Bowl game), but that's about it. It doesn't surprise me in the least if a random group of people had no knowledge of Short. In newspapers here in the US, they sometimes poll young people on American History, giving them the most basic questions and invariably only a small percentage can seem to be able to answer more than a few of the questions. For those of us interested in such things, the ignorance of others in these areas might strike us a poignant, but I think it's common and a sign that most folks' interest lie in other areas. I would be hard pressed to answer any questions concerning soccer, movie stars or some other topics in which the majority of people would probably have little difficulty.