When we were Kings XXIII 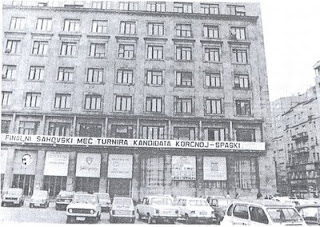 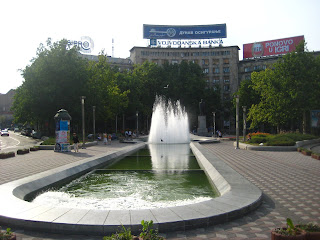 It should have been a few days ago. If Korchnoi and Raymondo hadn't had their accident on the way to Belgrade (WwwK V), the Candidates' final would have begun on the 15th November not the 21st. As it was the first game was postponed for a week and the 35th anniversary of the beginning of the match falls today.

The 21st November, 1977 was a Monday.  I'd have been enjoying the delights of Mrs Day's third year class at Perryfields Junior School in Chelmsford.

Landmarks in my life yet to be reached:- 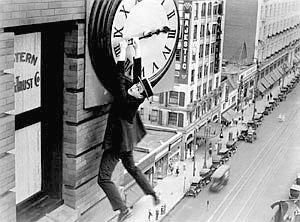 It's the colour TV thing that gets me the most. Yes, the fact that Viktor and Boris stopped playing after forty moves and came back to finish off he game the next day seems rather quaint to modern eyes.  What really dates the match for me, though, is that it belongs to the same era as Harold Lloyd, World Wars and incomprehensible early episodes of the BBC snooker programme Pot Black.

Thirty-five years ago, you see, the world was still greyscale.

* I'd thought I had, but apparently not
Posted by Jonathan B at 8:00 am

Among the things I immediately remember about the match:

- Korchnoi wearing mirror glasses
- players analysing (using the demonstration board) without coming to the board from their rest rooms
- Spassky coming back from five down with four consecutive wins
- trebled pawns on the White side of the Winawer.

I'm not sure I followed the match as it was happening (did I read newspapers daily at that age?) but I do remember seeing a book on the match. Was it one of Ray's?

There's a book on the match and it was one of Ray's.

I'm not sure Korchnoi wore glasses that match, Spassky definitely wore a sunvisor and apparently swimming goggles too: WwwK IV