You Should Date A Chess Player: Revisited

It's been exactly 10 months since I published this baby pastiche of an essay. Half tongue-in-cheek, half achingly earnest, it was an attempt to subvert the tired stereotype of the chess playing population being unsexy. Or, at the very least, less shagworthy than the remainder of society. And when the remainder of society includes racists, thugs and Conservative MPs, that's hardly a stunning accolade. 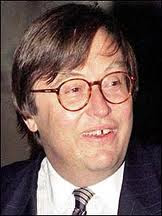 Over the years, the reaction I've had to letting slip that I'm one of them has been varied, often hilarious. During college I was known as a geek, even though I was the only guy in my year on each of the cricket, football and rugby teams. Apparently only the intellectual stuff mattered, given it was in some way pejorative. I suppose that pattern is true of humanity in general, but I did find it particularly incredible in that instance. It would be untrue to say I didn't give a shit, because I did, and I do. It hurts when you're ostracised for no reason. Just ask Owen Hargreaves.

However, it hurts most when it appears to affect the way someone I care about thinks of me. As if it muddies my character or makes me automatically less exciting. Or less caring. Or somehow less appropriate to be interested in. While saying that people who think that way aren't worth my time is true, it's still a massive ball kick.

So, what can I add to the story since January? Well, not a lot. People come, people go, some get it, some don't. That I also write about chess seems to be even more bewildering, as if there isn't a story to tell. As if my jentacular chat isn't going to be worth bothering with.

"You can build your time better when you have a passion." - Scroobius Pip

There's nothing wrong with my passion. And finding someone is part of it. Someone who takes an interest in my passion and allows me to take an interest in theirs. Someone to whom all this stuff matters, but in a good way.

I await my fan mail. Knickers don't necessarily fit through the letterbox, mind.