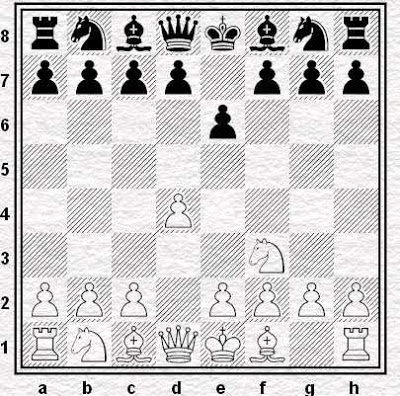 I think I’m ahead of schedule and can afford the breather, so I’m taking a break from rook endings this week. Instead, today I’m going to celebrate an anniversary: it was exactly five years ago that I first played the Dutch Defence in a serious game.

Looking back at it now, I think I was a little fortunate in that debut game.  White’s choice against my set-up was hardly the most critical and leaving aside the lack of kingside fianchetto (the standard recommendation for White), 5 a3 merely encourages Black to make the exchange he was hoping for in the first place. That said, my own play also has the feel of the ingénue. I somewhat doubt that Simon Williams’ new book recommends plopping a pawn down on g5 and then leaving it there for the rest of the game – the strategy that I saw fit to employ. 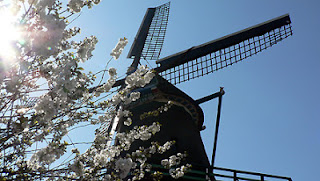 Anyhoo, while five years have passed since that first game it is only two days since the most recent one. The first round at Golders Green: a ropey beginning followed by consolidation, a kingside attack, inadequate defence from White and a point to me. Pretty much my Dutch career as a whole encapsulated in one Saturday morning rapidplay game.


I’ve had some complete disasters, I’ve turned overwhelming positions into losses (the one I messed up on my birthday a couple of years back still hurts), I've played bad moves and I’ve lost rook endings. In short, I’ve learned the true meaning of the phrase a little dubious.

On the other hand, I've had some great scraps, one or two particularly pleasing finishes, I have a big plus-score (something like +22 =12 -14) and my rating performance in the main lines is 15 ECF points/a couple of hundred elo higher than the numbers you will find here and here. The variation chosen against me in that inaugural game has become the biggest point earner in my repertoire. I have +4 =1 -0 against it in standard play to date. +6 =1 -0, in fact, if you include games where White prevented the pin with a very early a2-a3.

It's a broad church, the Dutch Defence.  It would have to be able to fit me in.  Somehow I doubt Robert Bellin or the GingerGM have spent much time considering whether to pair the Berlin Ending with their favourite defence to queen's pawn openings.  I doubt they secretly yearn for a chance to play that ending in the Queen's Gambit Declined exchange that Nigel Short - another erstwhile Dutchie - used to favour either, come to that.

Whether I end up playing the Dutch for a lifetime like those guys, I don't know. Whether I'll be playing it for another five years, even, isn't certain. What I do know, though, is that I'll be playing it again: frequently and for a long time to come.


If you ain't Dutch
windmill
Posted by Jonathan B at 8:00 am

I've always hated playing against it, for what that's worth. Though it's the Leningrad that I fare worst against.

Curiously, this has not tempted me to try the Leningrad myself, though I think I have three books on it. I also have Williams' Classical Dutch book and Andrew Martin's Stonewall video. And yet I am not sufficiently tempted to try these either.

As far as the Lengingrad goes, I use Ray's early d4-d5 method.

If you like the Dutch so much why don't you play f5 on move 1 against d4?
Adam B.

There are many roads that lead to Rome - or amsterdam in this case.

I'm not sure I understand the premise of the question though. Why is 1 ...f5 more Dutch than any other move order?

Delaying f5 until move 2 suggests you prefer the French and you want your opponent to play 2.e4 (although why would you when the Dutch has given you such good results?) or you're worried about the many "anti-Dutch" hack attacks like the Staunton Gambit or 2.Bg5 line.

I'm not having a pop, I'm just curious because I've been playing the Leningrad for yonks.

Apols for the delayed reply.

"I'd prefer to play the French"

On average I get somebody playing 2 e4 against me about once a year. Before I started playing the Dutch it was considerably less than that.

I'm certainly not scared of the 1 d4 f5 sidelines, but on a practical level it's worth being awkward if you can - and I think 1 ... e6 achieves that at very little cost.