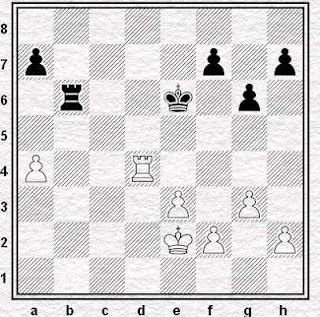 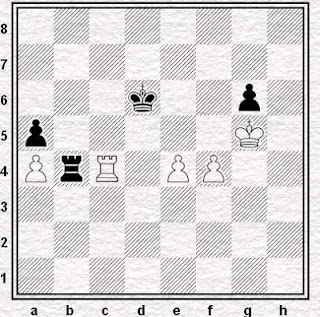 White to play in both
How to get from one to the other?
Rubinstein - Nimzowitsch, Gothenburg 1920

I've found I've started inventing names for things. It wasn't deliberate,  I wasn't even aware of it at first, but every now and then I'll see something in a rook ending and think: "ah yes, that's a ...." I'm quite sure there's no real justification for what I call a Rubinstein Rook or an Ulf's Spike, but anyhoo, I find my personal spurious terminology helps me snatch a little bit of clarity from the absurdly complicated world of rooks and pawns.

I'll come ack to RR and US some other time (sneak preview: White's 32nd move in Rubinstein-Nimzowitsch is an example of the latter). Today, I'll have a look at what I've come to think of as the "Rubinstein Method" 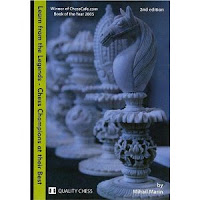 Rubinstein-Nimzowitsch, Gothenburg 1920. If you want a full analysis of how The Rubester transformed the starting position into the one in which Nimzo felt compelled to resign, you could do far far worse than get hold of Marin's Learn From the Legends. The analysis of this single ending fills about eight pages. What I took from it above all else was a relatively simple strategy for playing rook and pawn positions when you're the guy who's pressing.  To whit: 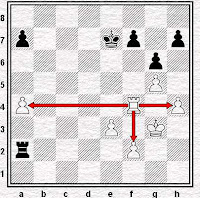 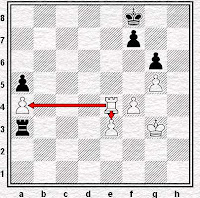 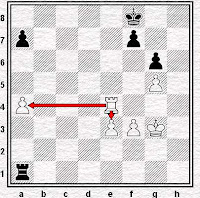 ... it's easy to see that White is defending those parts of his position at which Black is mostly likely to snipe.

And Bob Akiba's your uncle: a simple to understand, if deceptively difficult to implement, way to play rook endings.

At a guess, the final position was an adjournment. Is it known what was the sealed move and hence the winning plan? Do you just exchange Rooks and win the King and pawn ending, or is it something like e5 check, followed by Rook somewhere and taking on g6.

The computer engine likes e5 check, then Rc2, followed by Rh2 to Rh6 and Rxg6. So there's a bit more play that would justify Black continuing if time pressure was an issue. The two connected passed pawns should win, even if you need to give up the Rook to stop the a pawn.
RdC

Marin also speculates that the game was probably adjourned at move 60, Roger. I think his suggested winning did indeed start with e5+