Having talked yesterday about how enlightening computers are, here's some evidence to the contrary. 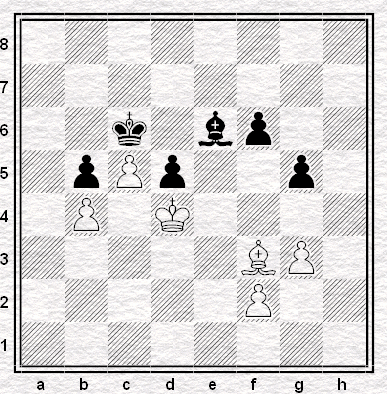 This is Stockfish, running on an Android smartphone, against the owner of that smartphone, your humble servant. Position after my 43rd move.

It's the first smartphone I've ever had and therefore baffles and frustrates me in various ways, but at least I can always have a game of chess. Naturally I've skewed the clock to give me half a chance - the program gets sixty seconds for the whole game plus one second a move, I get fifteen minutes plus ten seconds a move plus access to the pause button - but even so the pattern is that the program wins long streaks of games punctuated by the very occasional win for me and the almost-as-occasional draw. And after 43 moves this seemed likely to be neither.

But it was. The machine played 44. Be2 Bf7 and then played its bishop between f1 and g2 for a few moves until such time as it declared a draw. And I rejoiced. 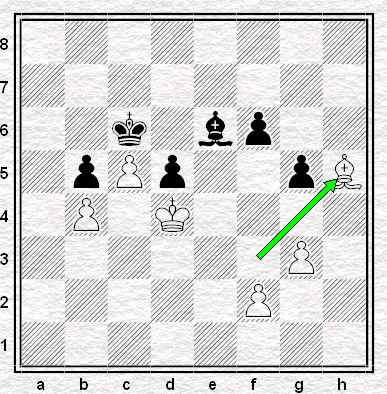 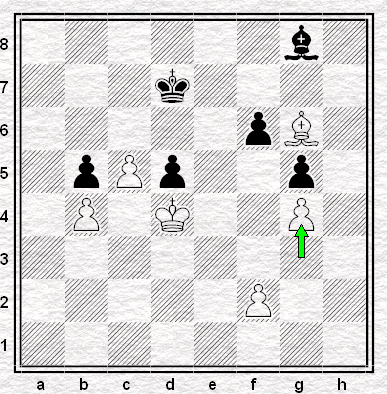 Now it's not like I saw all that while waiting about two seconds for the program to play its move. Of course I didn't. But what puzzles me is that the program didn't see it, because however quickly I have it running, none of that seems particularly deep to me. Besides, it has to be better than playing for a repetition.

But there's got to be a reason. Sometimes, computers are revelatory, enlightening. And sometimes they are stupid - so stupid they can't beat me in an elementary good v bad bishop ending. Why?
Posted by ejh at 7:55 am

Stockfish on iPhone 5s chooses Bh5 immediately. Perhaps it's some quirk of the constraints you've set on your machine. Have you tried the position without the 1 second per move time constraint?

It seems with best play by both sides white does not go +1P until move 50, which is good information when you play the machine on these settings. I assume it will follow captures to quiescence, but in quiet positions it is looking fewer than 13 ply ahead. You can narrow that down by feeding it one move at a time and look for when the evaluation changes.

Have you tried the position without the 1 second per move time constraint?

No, but it does do some other odd things, like having a fourfold repetition rule and not ceasing play when down to bare kings...