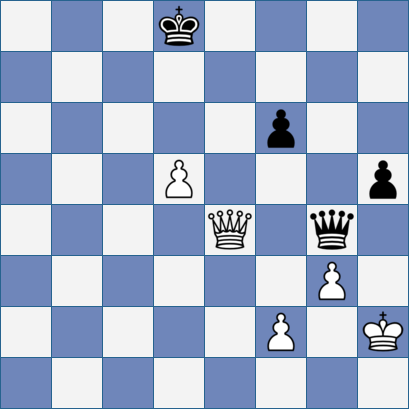 Someone told me during a recent tournament that he did not need to study the endgame because of his last twenty-two games only two had reached this stage. Later in the same tournament I saw him self-destruct in a position where he could have made it to a slightly worse endgame that offered drawing chances.
Jacob Aagaard, Excelling at Chess

Aagaard’s book might have been published 15 years ago, but that passage could have been written for van Wely’s game at Wijk last week. OK, the details are all wrong. We're talking about a king and pawn ending not endgames in general, the possibility to trade down occurs in a queen ending rather than a middle game and the question is can White win rather than will he save the game. We might add that vW obviously has studied pawn endings at some point.

Yes, the specifics are out of whack, but the central point is exactly the same. To wit: it can be helpful to know positions and ideas even if you never actually get them onto a board during a practical game. 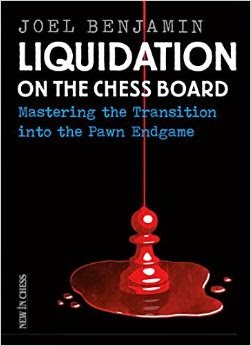 Forthcoming when I wrote The Final Move of 2014, but now published.
pdf sample available here

It doesn’t matter if you’re a Super GM playing in an elite tournament or average Joe or Josephine Chesser playing in a local league. Knowing when to head into a pawn ending and when to keep the piece on is going to get you extra points over the years.

In addition to Ivanchuk - Jobava from last week (SMA#30) and van Wely - Wojtaszek, we could add Vachier-Legrave - Hou Yifan from Wijk’s first round ... 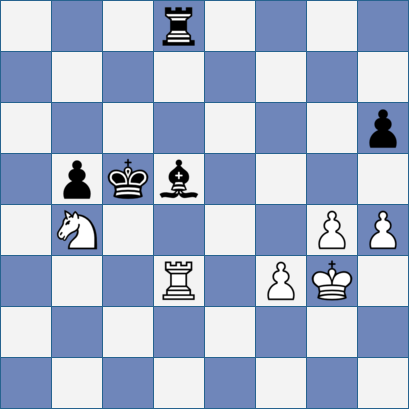 White to play and trade?

.. or how about this rook ending from the London League? 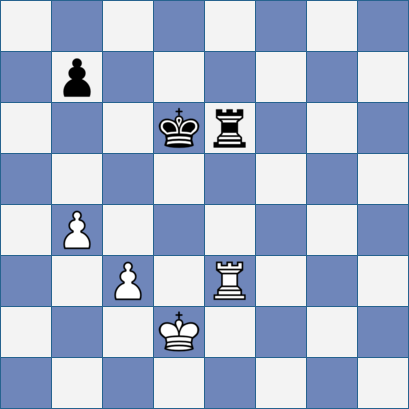 This last example, also played in the last few days, comes courtesy of a couple of chessers rated 130ish and 150ish ECF. It’s still the same BORP? conundrum, though.

van Wely got it wrong and kept the queens on. What about the other two? Liquidate or not. That is the question.

In the Rook and Pawn ending I would trade. That's not because I know for certain that the pawn ending is winning, but because I know that if my opponent's R+P technique is to be trusted,for progress the KRPP to KRP will have to simplify to KRP v KR and the defending King is correctly placed to control the queening square.

Looking up the pawn ending on Shredder,white pawns c3,b4 , black pawn b7, white king d2 shows that it's a win for white unless the black king is on c4.

The van Wely position gave me some trouble a couple of days ago, for some reason I wanted to lose a tempo by playing f2-f3 before Kh2-g2.

RdC's reasoning on the R-ending is "exactly" the same as what I would use in a game. I know how to draw that with rooks on, so as white I would swap. I remember a 3vs3 R-ending (he had broken pawns h-f-f) where it was a draw with or without rooks. He checked my K, it was either retreat or block with the R. So I blocked with the R and he _retreated_. So that was the script for a while: advance my K, cover with the R, etc. Until my K was so far up that it was a win with or without rooks. (I mated him with my R.)

Here is some further material for you: the pawn endings from Walker's New Treatise on Chess, 3rd edition (1841). When I studied Fine back in the day, he credited quite a few positions to Walker, so it was interesting to download from google books and play through. Not sure how long the url is valid, I read it is a year.
http://paste.ubuntu.com/9785218/

Thanks for that OCP. I’ll add it to my list of resources to get around to.

And thanks both for pointing out that the decision to trade is not just about an objective assessment of the pawn ending. Something I’m planning to come back to next week.

The pgn tags are coded of course, a couple of them will not be obvious...

For example on page 219, the second "diagram" on that page ("First Situation") Walker gives it as a draw, but theory says it is a win with either side to move. So theory [Round "11"], Walker [Black "="]. For some reason I added "(sic)", I usually don't do that and can't remember why in this instance.