The Arkell Interview I

Today is a rather special day for us on the S&BC blog. For the first time ever we've got an interview with a genuine, honest to goodness, got a certificate from FIDE and everything, Grandmaster. 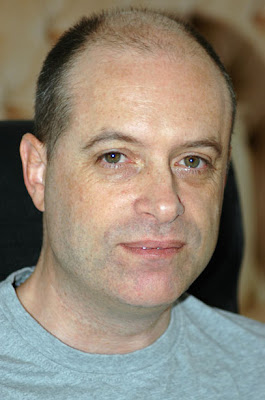 If you've played any serious chess in Britain in the recent or even not so recent past then you already know who Keith Arkell is. For the benefit of those of our readers who may live elsewhere, Keith has been amongst the top English players for a couple of decades now. In fact, when I went to my first British Championship at Plymouth back in 1989 it was Keith I played in a simul down on the sea front. Although he mixes participation in international tournaments with regular appearances in events attended by chess amateurs our paths didn't cross again until I bumped into him at Paignton a couple of months ago.

I was delighted when Keith agreed to have a chat and several emails later we had an interview long enough to fill all of this week's posts. Just so we're all on the same page, from now on this is me and everything else is GM Keith Arkell.

I began by mentioning that simul all those years ago and asking Keith how his career had developed since then.

Keith Arkell:
I have drifted in and out of periods of chess ambition. I think that when we think of chess talent, capacity/disposition to work hard at the game is as much a “talent” as chess ability itself is. Studying chess vigorously, as opposed to playing through games for pleasure, is an area where I lack “talent”, and this is compounded by my having a poor memory.

I can only point to a couple of periods in my chess life when I have really pushed hard to see where I can get to. The first was after my marriage broke up in 1993, when for the first time in my life I did a lot of work, developed an opening repertoire which suited my style of play, and moved up from IM to 2545 rated GM.

Around the year 2000 I again put in a lot of effort, and the rewards came in the second half of 2001 and in 2002. During that period I really wasn't far off 2600 strength. I came 2nd in the British, 1st at Hastings Challengers, and then an unbeaten second in a very strong Premier the following year (my only ever appearance in this event!). I also won a GM tournament in Wroxham and came 2nd in Gausdal and Montpellier. In these events, and in the French league, I beat a whole string of strong GMs, and had I not rather recklessly quit serious chess abruptly at the end of 2002, I think that within 6 months to a year my rating would have reflected my playing strength at that time.

I believe that I should have been selected to represent England in the Olympiad in 2002, but I think I was barely considered because the selectors had a fixed opinion of me as an average GM who focused on weekend chess.

2002 was evidently quite a year for Keith. I asked him if his break from chess was connected to not making the national team.

KA:
No, nothing to do with not being selected for the Olympiad. That didn't really bother me, apart from feeling a mild sense of injustice. On balance I get more than my fair share of invites, for example look at those lucrative matches against Hebden and Rowson (I lost both, but still earned 1500 pounds a time!).

There was some stuff on the EC Forum about selections last year, and it seemed like the general consensus was that “my face doesn't fit” whatever that means! All of these things have some aspect of 'who your mates are' about them, and sometimes you're on the inside and sometimes you're on the outside; and by the way, I had no problem at all with the selections last year. In my opinion any two from Jones, Conquest and myself would have been ok.

Which leaves the question of what Keith was doing after he left chess behind.

KA:
Let's just say I was doing some kind of trading, and in the long run it didn't work out too well, to put it mildly.

I can't say I wasn't curious but the conversation moved on.

KA:
I came back to full time chess in 2007, and was progressing along nicely until a bit of ill health wrecked my sleep and cost me 60 Elo points in August, but I still have long term hopes to continue to improve my game. This shouldn't be too difficult, because my weaknesses stick out like a sore thumb! 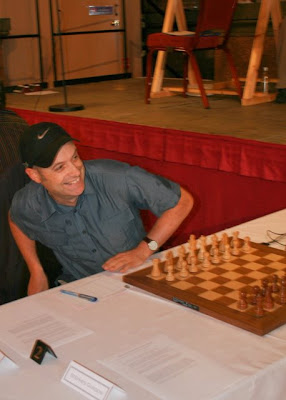 “… back to full-time chess ….” For a long time I assumed that all those guys who became GMs in the 80s and 90s must have been full-time players (for a while at least) but not long ago I noticed Nigel Davies saying that he’d never been more than semi-pro. What about Keith? Was “chess professional” the right label for him?

KA:
Yes absolutely. I've spent 85% of my working life playing chess for a living. I don't write much, beyond occasional magazine articles, and don't coach much. My income has come almost entirely from prizes, appearance fees, club chess, simuls, and matches, enabling me to support myself and any dependants, obtain mortgages from the bank, pay tax and National Insurance contributions, and pay my bills, etc etc without any state help. This by any definition makes me a professional chess player. I doubt I'll get rich from it, but luckily for me I have no desire to buy properties in the Algarve, or luxury yachts to park just off freshly purchased exotic islands.

I’ve always thought it was a shame that Morphy got cross whenever anybody referred to him as a professional chess player so I liked Keith’s evident pride in the tag. Given that he returned to the game it’s obvious that there must be an upside to the life of a chess pro but what about the other side of the coin?

KA:
The best bit? Doing a job which I enjoy. The downside is the economic uncertainty (i.e. we're underpaid!)

… although it’s notable that unlike some of his GM colleagues Keith had not been tempted to supplement his income by writing books or DVDs. I asked him why that was.

KA:
Up until recently I just haven't had any interest in doing those things. Watch this space though because soon there just might be a “My Life on the circuit” type book in the boiling pot, and the long awaited “Arkell's endgames”. The latter will focus on my thoughts and analysis at the board, because I don't think that my theoretical knowledge of endings is any better than that of any other GM. I think my strength in that area is in my practical play.

Personally I'd love to read an account of the life of an 'ordinary' grandmaster (an oxymoron of course). I wondered about the stories Keith had collected over the past twenty years then quickly found myself imagining buying a copy of his book, travelling back in time to that Plymouth simul and showing it to the younger Keith. Would he have been surprised at how things turned out for him?

KA:
I would have liked to have demonstrated an ELO rating of 2600, but knowing that I didn't possess the natural ability of Short and Adams, and that I lacked the capacity or desire to really immerse myself in chess, there was always the possibility that things would go pretty much as they have done. 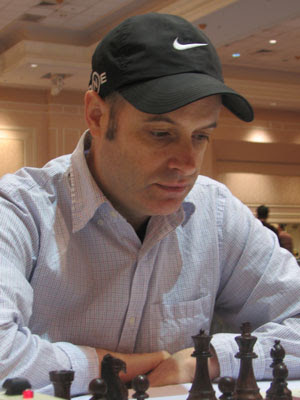 Thanks of course to Keith for being generous with his time. Thanks also to my fellow bloggers Tom, Justin, Martin, Sean and Morgan for assistance in the preparation of this article.


Next time (Wednesday 25th):-
Keith Arkell on his playing style, the chess press and that draw with Joe Gallagher

Unfortunately it's long out of print and hard to find, but Andy Soltis's CONFESSIONS OF A CHESS GRANDMASTER is a great "life of an ordinary grandmaster" book - highly recommended if you happen to spot it.