Three-part series presented by historian Benjamin Woolley about popular games in Britain from the Iron Age to the Information Age, in which he unravels how an apparently trivial pursuit is a rich and entertaining source of cultural and social history.

In part one, Woolley investigates how the instinct to play games is both as universal and elemental as language itself and takes us from 1st-century Britain to the Victorian era.

Dicing with Destiny was shown on BBC 4 last Monday but you'll be able to find it on i-player for a week or so (www.bbc.co.uk/iplayer/episode/b00p90d8/Games_Britannia_Dicing_with_Destiny/).

The chess bit starts at around 50:05 and feel free to zip straight there if you feel that our game doesn't really deserve to be placed in the same category as Snakes and Ladders,Ludo and Nine Mens Morris - although if you do you'll miss some interesting stories, particularly regarding the origin of the former.

Anyhoo, the chess bit: after an unpromising start where the board is set up thus, 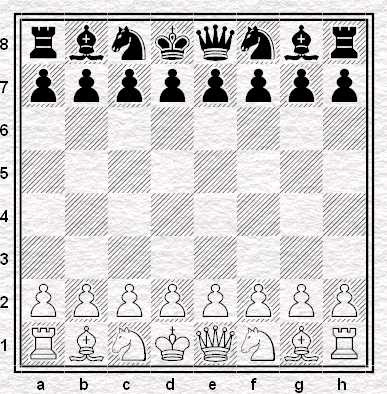 you'll find five minutes of Jonathan Rowson talking about the Staunton chess pieces, the London tournament of 1851, Anderssen - Kieseritsky, Fischer - Spassky, chess as cold war (or is it cold war as chess?) and the nature of chess intelligence. Bullet chess interviewing!