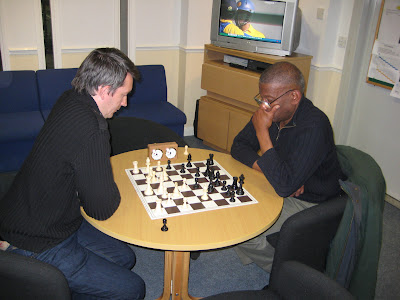 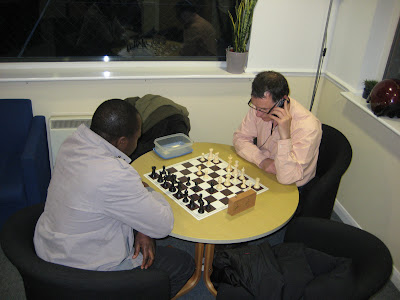 See the phone? Thiery was playing on behalf of his son Hector who was detained elsewhere.
We don't have any photos of Hector in action but I imagine it looked something like my friend and fellow blogger Morgan does here ... 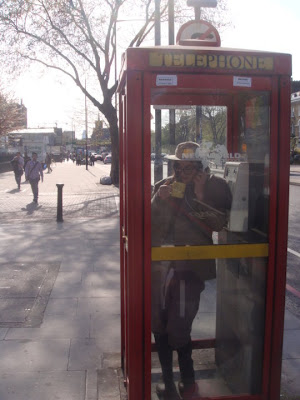 ... except Hector would have had a chess set and not a mug
(and been on a geography field trip and not in a phone box) 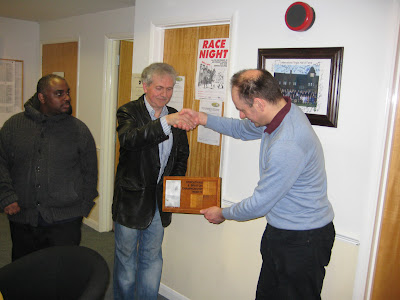 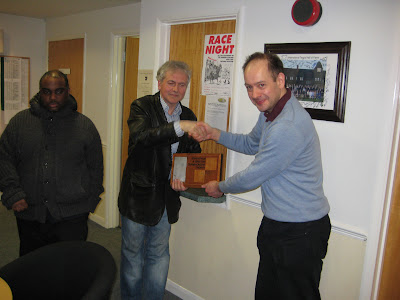 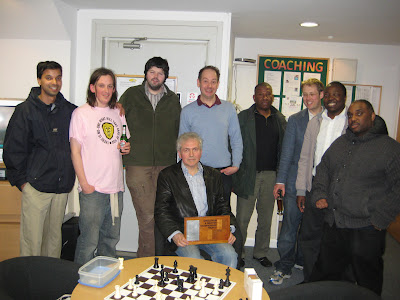 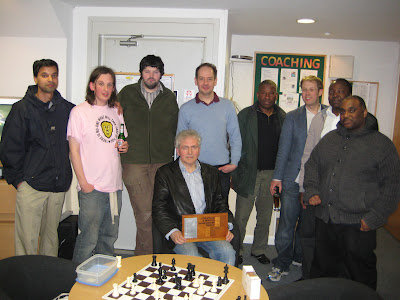 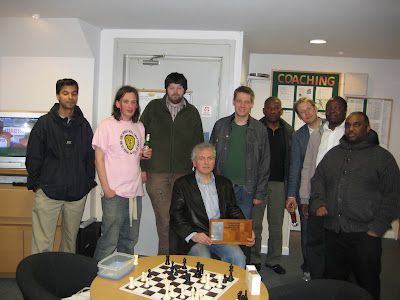 Morgan re-enacts your author's journey home from the tournament 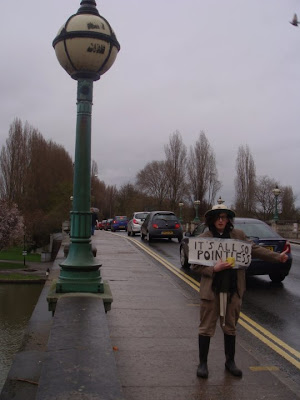 Did someone say "cheese"?