[Today we have the third and final installment of our interview with Ginger GM Simon Williams. Parts I and II were published on Monday and Wednesday respectively.

Many thanks to Simon for taking part.]

Chess Professionals
What about this “loony” life? I’ve always been curious as to what it’s like for people who live it full-time. Speaking as someone who recently choked when playing for second place in an under 180 event of little importance to anybody at all, I can’t begin to imagine what it must feel like to play chess knowing that whether or not you can pay your bills for the next little while rests on the outcome of the game.

After talking with Simon it struck me that a life lived playing chess for money requires a rather special kind of character. Taking coaching jobs that are far from ideal; competing with people that you know well for your wages; having to play when you don’t feel like it. To do all that year in year out knowing that you could probably earn more doing something else and that contemporary British/western culture has next to no respect for your talent – that takes real resilience. It requires the sort of personality, perhaps, which actively looks forward to the high pressure games rather than fears them?

JB:
So you consider yourself to be a professional chess player?

SW:
I do. Most of my income comes from chess related work.

JB:
You mentioned that coaching is an important source of income for most pros

SW:
Coaching in schools is really where the money is but this is a double-edged sword. On one hand it can be very rewarding but it can also be rather soul destroying. Chess players who consider themselves to be top players rarely want to be put in a babysitting role and this is often the case. When I was teaching in schools it was often great but you would also have some kids attending who were simply there because their parents could not pick them up at 3.15. They did not want to be there learning chess and you only need 1 or 2 kids like that in a class to bring the whole vibe down. 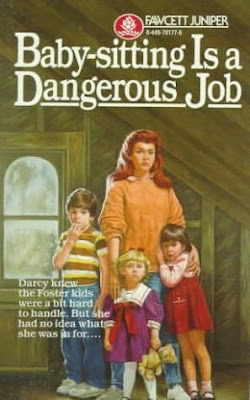 I only do individual coaching now and that is a lot more rewarding because you can be sure that the person that you’re teaching wants to improve. The problem is, chess is an individual activity and a number of people would prefer to study the game on their own.

JB:
On The Killer Dutch you mention a game you played against Danny Gormally in the last round of the EU Individual Championships at Liverpool a couple of years ago and on your website you describes a game from the final round of the 2009 British Championship against Stephen Gordon. In both cases a lot of prize money was at stake and in both cases you were playing people you describe as good friends. The rest of us will often end up friends with our work colleagues too but we’re not competing with our workmates for our salary..

SW:
I used to have a serious problem playing against good friends. Most GMs and IMs in Britain get on really well with each other, we share a common bond, so playing against a friend for your/their rent money can be very difficult. I think that this is what a lot of chess fans do not understand. We all want to try and win but if a draw in the last round means that we can eat steak and chips for another month or two, whilst a loss means that it will be beans on toast. Well then the draw is really the only sensible option. 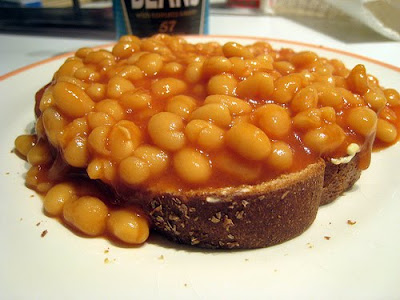 Avoiding this is the only sensible option

I have learnt a lot recently about playing friends. You just have to separate your emotions until after the game. If you win you just have to buy your opponent drinks for the rest of the night! It is obviously easier playing an unknown opponent or even someone you dislike.

JB:
And whether or not you know your opponent well it must be difficult to play chess when there’s a lot of money – thousands of pounds maybe – riding on the result.

SW:
Dealing with the pressure of a big game is a very important factor in chess.

I believe that a player’s results have a lot to do with what psychological mood the players are in, I know that in my games this can be a very important factor. If I feel good, I play good. It is really a case of trying to psyche yourself up.

I enjoy the pressure of a big game that is one of the reasons I play chess. For example, if I do not have a chance of winning the British in the last round then it has been a bad tournament. The paradox is that I am often willing to lose, or should I say I try to convince myself, before the game, that to lose is not such a bad thing. This makes it easier for me to (try!) and play without fear.

JB:
Talking of losing, at Hastings this year you had by your standards quite a duff tournament. As a professional player, how do you bounce back from that? I can just stop for a while if I don’t feel like playing but you don’t have that choice, not if you want to avoid the beans on toast option anyway.

SW:
I find it very hard coming back from a bad result. It is all about momentum for me, if I start winning that I convince myself that nothing can get in my way but if I lose the odd game then doubts start to appear in my head. But you have to be tough and basically pick yourself up. I tell myself that it was just a bad game/tournament, everyone has them and that next time I will make up for it. But yes it can be very painful and I often think that the low you get from a bad loss is worse then the high you get for a good win.

You must be determined in some way to make it as a chess player. I guess that it is important to also not ‘give up’. I know a number of talented juniors who had a painful lose or two and then they decided to call it a day. I have seen some parents shout at their kids (as young as 9!) when they lose a game! These pushy parents should really take a look at themselves and try to figure out what the most important thing in life is. Needless to say most of these kids gave up as soon as they were able to get out of the clutch of their parents.

I expect that the most important thing is to roll with the punches and try to come back stronger. Try to look at your loses in a positive way and try to learn from them. I have to say that 95% of the GMs I know are very determined and focused people but maybe they have learnt over time to be like this.

Endgame
To finish with off I wanted to go back to that taste for risk that Simon had talked about earlier. Was there a price to pay for that in terms of his playing career? A friend of mine once said to me, “Oh Simon Williams – he could easily be well over 2600 if he wanted” and I wondered if Simon thought that was true. If he lived a different kind of life, if he played a safer kind of chess, could he bump his rating up 100 points or even more? Even assuming that was right would he want to change?

SW:
I am not sure about becoming 2600. It is one of my goals but it would require me working at my game somewhat.

At the moment I do no work at my actual game. Ok I write books etc and this may help my game a bit but the time spent writing etc could be used in a much better way. If I did not have the stresses of earning a living then I would have more time to look at my openings etc. Hopefully one day I will have the time to work everyday for an hour or so, just to see how strong I could become. You have to keep dreaming after all.

I suppose that I do sometimes go over the top when it comes to nights out, but in some ways this is my release from the stresses of chess. If I simply went home after my game every night then I would find it hard to get any sleep due to stress or the excitement/anticipation I was feeling about the next game.

I have calmed down a lot and I would consider myself to be fairly sensible nowadays but I am not going to change my character too much. I can remember one British Championships in my teens when I went out night clubbing 13 nights out of 14. It was fun at the time but never again!

The same goes with my playing style it has matured but I am not going to try and be a different person/player.
Posted by Jonathan B at 8:00 am

I prefer Beans on Toast to
Steak and Chips,its a shame
Simon does not.

I enjoyed Simons interview.
I found the game mentioned on
Wednesday Hodgson v Arkell very interesting, it was played in 1996.
Also,on Wednesday Simon commented
'I dont calculate very much (unless
I have to)',but you're a Grandmaster I thought or is it much more important just to find the right move.

Lastly, it seems Simon takes his losses badly. Surely if somebody
loses a Chess game, the only person
who cares is them. 99% of other
people could not care less, especially a good player,who you know is going to win another
game soon.

Fancy posting the pgn of the 1996 game George?

Yes I'm for beans also. Veggies rule!! Simon certainly can calculate very accurately. I know because I was on the receiving end of it in the British a few years back.
Can't remember seeing many of his losses but I was on the board below him (other side) in a 4NCL game where it looked like he had a massive hangover and the room was incredibly stuffy. He lost to an IM but seemed to take the loss in well.

Enjoyable slomo attack. Thanks for posting.

By a rather bizarre coincidence this 15 year old game was in Michael Adams'Daily Telegraph column today!