The Williams Interview I 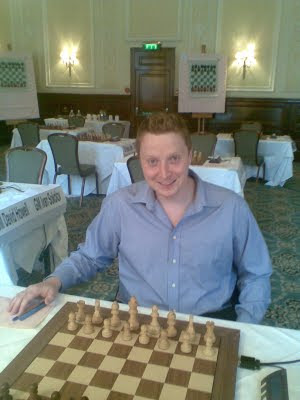 Six months ago the S&BC Blog published an interview with Grandmaster Keith Arkell (Part I, II, III). It seemed to go down well with our readers and on a personal level it was one - or rather three - of my favourite posts to write in the nearly four years that we've been going. I'm very pleased to say that we're doing it again.

This week we'll be speaking to GM Simon Williams - one of those guys who seems to have been around the British chess scene for ages although he only secured his title at the 2007/08 Hastings. I was very pleased when Simon agreed to an interview but I quickly realised that other than the fact that he was a hardcore Classical Dutch aficionado I didn’t really know anything about him at all. I decided that I’d better begin at the beginning.

Early Years
Jonathan B:
How did you get started with chess?

Simon Williams:
My Dad used to play for Wimbledon and Guildford. He was a strong player - his highest BCF grade was over 200. I believe that at one stage he used to play above Gallagher, Hodgson and King in the Wimbledon team but that was when they were youngsters!

I am sure it helped having a Dad who played a lot, he was happy to take me along to chess clubs and tournaments. Basically my mum and dad must be thanked for their 'taxi' driving roles. In my experience of coaching one of the major factors can be the parents’ influence. I was very lucky in that my Dad and Mum were always very encouraging, when I had a painful loss they always told me it did not matter and that my time will come.

JB:
Do you have any brothers or sisters? Do they play?

SW:
My brothers are a lot older than me. My oldest Tony is in his 50's! Paul is 44 and I was born one year after my sister Kim died, so I did not know her.

Tony was also very strong and one of the leading juniors at the time. One of his best results was drawing with Karpov, I think he was world champion at the time, in a six board simul. Karpov beat the other five players which included Short, King and Plaskett! Tony gave up due to work and women commitments but he still plays online, often against Mike Surtees I believe. Kim once drew with the European Champion in a simul but unfortunately she died aged 18 from a brain tumour.

So I guess we have quite a strong chess family. It certainly helped me having some chess books lying around the house! And my Dad taught me my first opening when I was a kid - the Classical Dutch. I remember being fascinated with one line when I was on holiday with my parents, I must have been about 11 years old. The line in question was 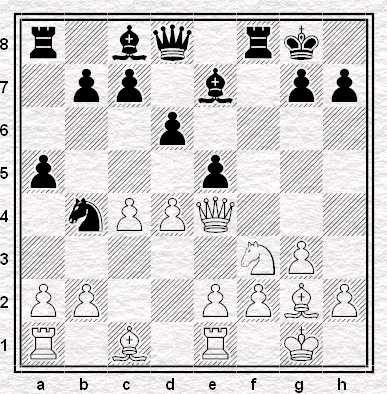 SW:
You have to remember that this was before chess computers, so all work was done on a mini board! Even then I thought the line was dubious for Black but I still felt the urge to play it. Maybe not the most classical way to learn about chess but it has certainly helped me out in my career.


The Killer Dutch
Starting early is what allows a man to build up two decades of experience with an opening by the age of thirty. Simon recently released a DVD on the Classical Dutch updating the book he published back in 2003. The cover blurb of The Killer Dutch describes him as “the world’s leading exponent” of the opening. A bombastic claim and yet one which would seem to be entirely justified; as he himself once pointed out in a NIC Yearbook, hardly anybody else over 2400 ever plays the line!

JB:
Why a DVD and not a book this time?

SW:
I thought a DVD would be a good idea as I see that this might be the way that 'infotainment' might go in the future. Don't get me wrong books are great. Personally my chess improved the most by reading chess books in the bath and on the toilet! But I like new challenges and a DVD was something different, the original idea arose after a couple of pints with my mate, Gary O' Grady. Everything seems like a good idea after 8 pints or so.

JB:
You did the whole thing yourself. You didn’t fancy doing a DVD for Chessbase?

SW:
Going it alone rather than teaming up with Chessbase seemed more like a challenge. Chessbase have had a monopoly of the market for so long it seemed like they need a sparring partner! It was a hard slog though. Where do you start with such a project? Pub talk often evaporates in the morning, so the momentum had to be kept up. Luckily Gary put me in touch with Clive from Chilli Pepper Films and we took it from there.

JB:
And the end result?

SW:
I am very happy with the way the DVD turned out. You have to remember that this was our first attempt but I believe that it is of a higher quality than anything out there (I am biased but also a perfectionist!). The plan was to try and explain the ideas behind the opening whilst adding a lot new material but I guess time and reviews will only tell how well the DVD does.


The Big Slick
Evidently the DVD has done rather well. Since I spoke to Simon he has begun work on his next project: The Killer French. Producing his own DVDs is not Williams’ only new venture of late however. Last summer he organised a pair of chess tournaments - the 1st Big Slick International consisting of a ten player all-play-all alongside a more traditional five round open. Keith Arkell won the invitational with an unbeaten 6.5/9 while Jonathan Rowson took the weekender after a blitz play-off.

JB:
Why did you get involved in running a chess tournament?

SW:
There is a serious lack of FIDE-rated chess tournaments in England and especially in London so I thought that it would be a good idea to try and put a tournament together. I played poker regularly down 'The Big Slick Poker Club' and I had become quite friendly with the owner, and luckily he let me use the venue.

I am a chess player rather than a chess organiser so it was a bit odd running a tournament but it did give me the chance to invite some of my friends that I had met on my travels. In actual fact, the GM tournament was brilliant in that respect. There was a nice mix of people and most evenings the majority of players would end up having a meal and a drink together. One player ended up sleeping in my car one night and another one fell asleep in the toilets at the poker club!

I have to admit that after the tournament I had a new founded sense of respect for arbiters and I especially have to thank Peter Ackley and David Sedgwick for helping me out there.

SW:
There were some interesting moments. For example, I have only been down the club late at night and in the stupid hours of the morning, so I had no idea that there was a gym next door. Unfortunately, on the Saturday during the 1st round of the FIDE open the gym had an aerobics workout session from 10-11am! Imagine the scene, 60 players playing, I had relaxed thinking how well things were going and all of a sudden, THUMP, THUMP, THUMP, GET THOSE LEGS MOVING! COME ON PEOPLE I WANT TO SEE THAT SWEAT DRIPPING OFF YOU! THUMP, THUMP, THUMP!!

What could I do?! Well most players continued with a sense of humour, we even had a couple of people moving to the beat!

There was another moment when one young player decided to shout at his opponent, I had a word with him when he told me something along the lines of “get out of my face!” I was very tempted to pick up the little whippersnapper and shove him outside. But I managed to control myself and I put the 'organiser' face on. He was last spotted shouting at a bus outside the club.

JB:
I doubt Malcolm Pein had to deal with that sort of thing at the London Chess Classic! Did it put you off chess organising or would you do it again?

SW:
It is funny you should ask that ... we are currently setting a date for the 2nd Big Slick Poker tournament. I will keep you updated.

Simon Williams on poker, risk in chess and The Wire.