[Williams Week continues here at the S&BC Blog with Part II of our interview with the Ginger GM. In Part I on Monday Simon spoke about how he got started in chess, making his Killer Dutch DVD and organising chess tournamens in The Big Slick Poker Club. If you haven't already done so you might want to read that first.]

Poker
JB:
Talking of poker clubs, you make a few references to the game on your DVD too. So you play quite a bit then? Are you the next Cincinnati Kid?

SW:
Unfortunately I am rather too rash to be a good poker player. I enjoy the social aspect it is often a fun night out. Sometimes it can be a pretty horrible night out as well. Leaving a poker venue at 8am after losing the proceeds of a couple of chess tournament wins can be a bit painful.

JB:
You’re not the only British GM who’s taken to the card table.

SW:
A lot of the skills you use in chess are the same in poker so it is easy to transfer from one skill to another. I have met a number of chess players by random in poker clubs.
I was living with my girlfriend, Aly, in Paris for a bit and on different occasions I bumped into Skripchenko, Fressinet, Bacrot and various other IMs and GMs. 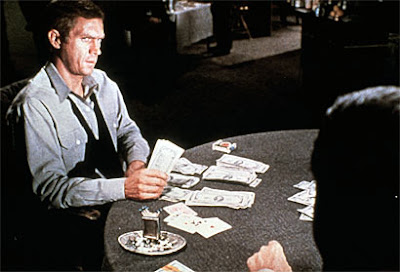 JB:
So if we could re-invent the modern pentathlon for the 2012 Olympics what events would we include for Simon Williams to have the best chance of taking the gold medal? I’ll give you chess and poker …

SW:
Modern Pentathlon! Ok let say Chess, Poker, staying awake competition, rally driving and whisky downing. I can think of a couple more but probably best not to mention them here. My sporting days are rather past me.


Risky Business
I know practically nothing about poker except that regular players don’t consider it a game of chance but one of skill. Still, I wondered whether there was something about the gamble involved that appealed to Simon. Might this also show itself in how he plays chess? His fondness for the Classical Dutch; throwing the King’s Gambit at David Howell during last year’s British Championships; punting 1 d4, 2 h3 and 3 g4 when he was faced with the Dutch himself at Hastings. Wasn’t this all rather … risky?

SW:
I guess that I am a bit addicted to risk in general and I don't enjoy things staying stagnant. I guess chess is one of the safest ways for me to dabble with that bad habit.

I think that the general idea that you have to play every game as correctly as possible is wrong. There are few players that can calculate everything perfectly and it is easier to attack rather than defend. I basically try to put my opponent under as much pressure as possible and I enjoy playing aggressively. I have the philosophy that you should always play the way that you enjoy the most. This will give you the best results. 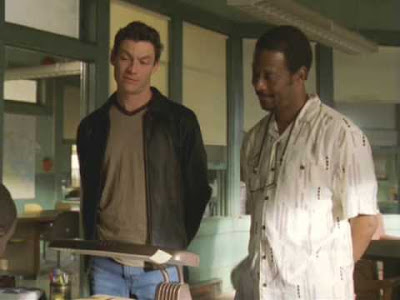 JB:
Towards the end of 2009 I’d interviewed Keith Arkell for the Streatham & Brixton Chess Blog. It’s strange I should be talking to you next – your playing styles seem to be as far apart as you can get.

SW:
It is funny that you mention Keith. He’s a really good friend of mine and we often joke about how different out playing styles are. Keith enjoys grinding his opponents down in the ending whilst I enjoy a full frontal attack. Still, I think that it is important to remember that Grandmasters can generally play all areas of the games pretty well. They might specialise in certain areas of play but they must also be a rounded player.

One of the best games I saw was Hodgson-Arkell, Sutton Easter Tournament (I can not remember the year). If I can remember correctly Keith sacrificed 2 rooks in this game to gain a dangerous attack, he then went on to beat Julian in style. I have also learnt a lot about chess from looking at some games with Keith, our views are often from separate spectrums but we both have a good understanding of the game. That’s one of the things that makes chess so interesting – two very different styles of play can both work out at top level.

JB:
In terms of the TV programme The Wire perhaps your playing style is McNulty to Keith’s Lester Fremon?

JB:
Not McNulty then but perhaps there’s another TV or film character whose style would be similar to yours if they played chess?

SW:
A TV character that matches me? Well that's an interesting question!

I am not sure that I would like to suggest one but I would be interested in hearing what other people think. I have always been a fan of The Doors and Gun n Roses. I suppose my style of play could be similar to some of their songs, not sure if that makes any sense!

I suppose if you wanted to sum up my game it would be something along the lines of ‘finding order in chaos’. I generally don't calculate that much (unless I have to) my judgement normally leads the way. [Jim] Plaskett once told me I was a poor man’s Shirov. That was one of the best compliments that I have ever had!

JB:
Getting back to risk, how about off the board? Keith told me that one of the things he liked least about his job was the “economic uncertainty”.

SW:
It is certainly a gamble being a chess player and I do expect that that is half the fun. The money though is made through chess coaching. Most players have to rely on this to makes ends meet. Chess is also quite a loony pursuit as it is very hard to have a partner if you’re flying around the world all the time playing chess. I guess I am lucky that my girlfriend plays chess!

On Friday ...
Simon Williams on life as a chess professional, last round encounters and bouncing back from a bad tournament.
Posted by Jonathan B at 8:00 am