Mickey, give us a wave

Just over three weeks ago, on Wednesday May 26, we carried a post, the second of three covering an interview with popular English GM Simon Williams.

In the course of this particular post Simon discussed a game Keith Arkell once won from Julian Hodgson. The score of this game was subsequently posted in comments by one of our regular commentors, George, in the third part of the interview, posted on Friday May 28.

The game, though a fine one, is not well-known. Or at least it wasn't when it was posted. It is a little better-known now, though, because shortly after being mentioned and reproduced on here, it appeared, annotated from move 21 onwards, in Mickey Adams' Telegraph column on Saturday June 5.

The column also gave the position after White's 80th move, and the continuation until Black's resignation, of a game Arkell-Daly, Dublin 1993, an ending with rook and bishop against rook. As Mickey observes:

Arkell has the amazing record of having won the rook and bishop versus rook ending 17 times without a single draw.

Or, as Keith Arkell put it

which he said here: in an interview which was linked to in part one of the Simon Williams piece.

Now it is entirely possible that a game played fourteen years ago happened to spring to the mind of the Telegraph's Saturday columnist just at the same time as it was being mentioned on our humble and obscure blog, and that the aforesaid columnist also felt - quite spontaneously and without being moved to do so by anything he may recently have read on the Internet - that it would also be a good time to highlight Keith's particular endgame speciality.

However, let us entertain the possibility that the case is otherwise. Should this be so, it may be a good moment to make the following observations. 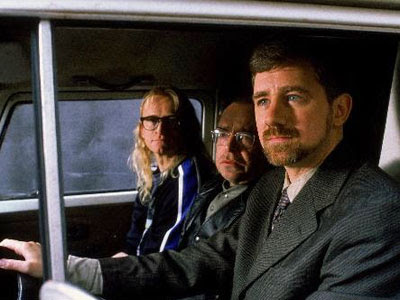 Coincidence? I don't think so
The Case of the Curious Telegraph Coincidence, is, however, even stranger than this. Because in his chess column on Friday June 11, less than a week after Hodgson-Arkell appeared in Mickey Adams', Malcolm Pein introduced a game as follows.

Here is a game of Arkell's you won't find in the databases as it was played in a weekend congress. Somewhat uncharacteristically - Arkell is known as a positional player and endgame specialist, Black sacrifices a piece for a huge attack down the g file. All his pieces combine bar the knight, which makes a decisive appearance at the end of a brilliant game.

The brilliant game that followed was, of course, Hodgson-Arkell from the Surrey Easter Open 1996. It's not true that you won't find it in the databases, as our link to it, given above, will show: but it is true that it could have been found, not only on this blog, but in a chess column in the very same newspaper as Malcolm's, only six days earlier.

[Thanks to JB and Sean for their help with this piece.]
Posted by ejh at 7:55 am

This certainly was at least a 2 part coincidence,because I can confirm that Mickey prepared his article as early as March,when he wrote it and showed it to me on the flight back from the European Championship in Rijeka,Croatia.He had earlier asked me which were my favourite games.
The paper then stored it away to use when a slot became available.
Mickey was already aware of my record in R+B v R,without receiving any info on this from me.

I would guess that Malcolm was aware of Mickey's article,but perhaps not? If not then we really do have all sorts of amazing coincidences here!

Keith - thanks very much. Perhaps the extraordinary coincidence is that the game should occur to our commentor just at the same time as Mickey's article was approaching publication? (Odd that such a fine game should be so little-known, by the way.) And extraordinary how it should independently occur to Malcolm as well...especially as he's under the impression that it's not on any databases.

The oddities increase, rather than diminish...

Thanks for the compliment about the game Justin.
The game did also appear in Malcolm's "CHESS" magazine back in '96 when I annotated it,along with my game v John Enmms,in an article entitled ''Battle of the Bon bons''.
There are then at least 4 possible sources for his 11 July article: Chessgames.com(unlikely),his own mag(unlikely as it was so long ago,but possible),Mickey's column(perhaps the most likely?),and here(very possible).
I certainly think that there is a good chance that Mickey got his R+B v R info from here(S&B blog),because he must have read it somewhere,and he gives this blog a plug on his rather good website.

I'd have thought Mickey's column an unlikely source, or at least a strange one, because you would have thought that if somebody reproduced a game that had been in the same newspaper a few days earlier, they'd say something like "as readers of our Saturday edition will have seen on June 5..." or similar.

It would be interesting to know, though, because I wouldn't have thought you really want to be using the same game in the same newspaper twice in a week unless you really mean to.

However, if it was seen here, which it might or might not have been, we wouldn't mind some sort of acknowledgement. It's easily overlooked and it's not a big thing on its own, but it'd be appreciated.

Do you mean an acknowledgement such as "as seen on the Streatham and Brixton Chess Club Blog"? That is unlikely to happen, for two reasons:

(a) the wider public won't have heard of such a source, much less understand what a Blog is;

(b) those that do know of blogs will instantly discount any reports based on random weblog-ramblings as fallacious.

I think even Telegraph readers may have come across blogs by now.