Get over yourself love: T.C.'s interests lie elsewhere

“I’m obsessed”, T.C. told me the other day, "by saccing the exchange now. It's the only thing I think about at the board...."

By a strange coincidence a few hours later I stumbled across a game in Jacob Aagaard’s Attacking Manuel 1 that would be very much my fellow blogger's cup of tea. Aagaard – Lindberg, Stockholm 2004 is in the chapter devoted to the principle that it's the number of pieces that matters when attacking and not the value of the material involved; it contains not one but two exchange sacs, the second of which ended the game. 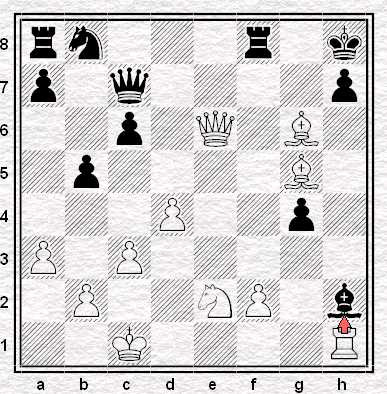 It’s easy to see that if Black recaptures after 22. Rxh2 he’ll be mated after a few checks. The first time White gives up a rook for bishop is much more interesting however. 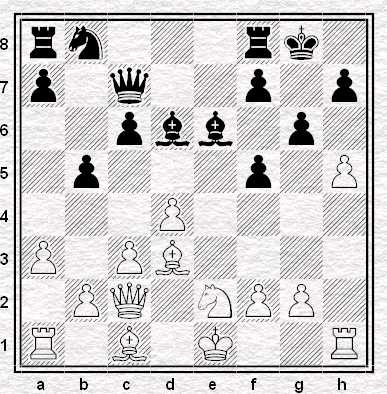 Black has played a risky line of the Caro-Kann but with … b7-b5 and a2-a3 thrown in. Evidently he'd hoped that this would help his attack if and when White castled long which in turn might put Aagaard off hacking away on the kingside. As it happens though it didn't turn out that way.

Right now though it’s White’s move. Breaking up Black’s pawns with g2-g4 looks an attractive plan but in this precise position the pawn advance can be answered with … Bd5 gaining a tempo on the rook.

I cannot recall how long I thought about this position, but I know that I did not really calculate a lot of variations. What I was thinking was that his best piece was the bishop on e6. This is not hard to establish, as although its defensive responsibilities are not great, it is at least supporting his structure a bit as well as preparing to irritate my plans.

My own worst pieces are the bishop on c1 and the rook on a1. I knew very well that the only pieces relevant for judging the success of an attack are those present on the battlefield when the two armies collide. The remaining forces will only be useful in future clashes (often the endgame). With this notion I had no concerns about offering my opponent a bit of material. 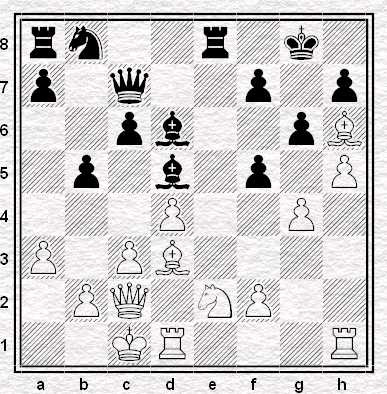 White is happy to allow the rook to be attacked here because if it is taken he can replace it with his queen’s rook and in effect Black has only succeeded in swapping off one of his best defenders for White’s least effective piece. As it happens Black did indeed take on h1 and he didn’t last much longer.

By the way, the “I did not really calculate a lot of variations” bit is a little misleading because the thrust of the book is not that if we grasp some general ideas we will no longer have to bother working out any specific lines but rather that learning the ‘rules’ of attacking play enables us to

“… reduce the number of variations to calculate by tuning our focus to the most important moments and possibilities.”

I'm not sure that Tom would entirely agree with the sentiment but if nothing else he can at least enjoy the game and get the exchange sac obsession monkey off his back for one more day.