A Literary Reference : Z For Zachariah 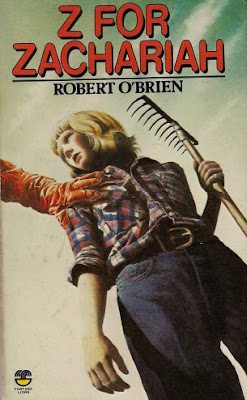 Suddenly I had a feeling he knew I was watching. Or, worse, that he hoped I was. Along with it came another feeling which made me slightly sick again: that I was in a game of move-counter-move, like a chess game, a game I did not want to be in at all. Only Mr Loomis wanted to be in it, and only he could win it.

Yet there was one thing that was on my side. I remember when I was a little girl, on Sunday afternoons my father and I would sit at the kitchen table playing chess. Usually my father won: he had been playing the game for many years, and had the benefit of experience. But there were a few times when I mounted an attack in such a way that every move my father made was in his own defence, so that he did not have time to effect any organized plan against me. My father called this 'taking the offensive', and he said it was the way to win. It seemed to me that in my relationship with Mr Loomis I had finally reached the point where I could 'take the offensive'. I had caught him off guard, and frightened him. I had to take advantage of that.