A mildly irksome feature of contemporary chess life is the practice - the occasional practice - of referring to the greatest living English chessplayer as "Dr Short".

As far as I am aware this practice seems to have originated with Ray Keene and CJ de Mooi, which is something less than a recommendation. But it seems to have become a touch more widespread recently: I heard Dirk Jan ten Geuzendam address Nigel thus during the commentary to the first game in the world championship match.

It's true that "Deadeye" Dirk is rarely last in line when there's obsequiousness to be engaged in, but as Nigel is very particular as to how he is addressed* it is surely worth a moment or two to make sure that this form of address is actually proper and correct. It's certainly unusual, insofar as I can offhand think of no other example from the chess world of someone being addressed as "Doctor" when in possession of an honorary degree (for such is the qualification that Nigel received in 2010).

There are, naturally, many chessplayers who are medical doctors and many others in possession of academic qualifications entitling them to the title of Doctor. John Nunn (Doctor of Mathematics, University of Oxford) might be the best known in the English chess world, but he is very far from alone: one might mention, for instance, Dr Morgan Daniels, occasional contributor to this blog and recently awarded a PhD in History by Queen Mary, University of London. 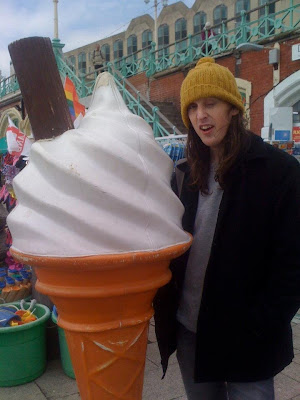 Nigel, however, received his honorary doctorate - according to his old school - along with

Funnily enough I've not seen anybody referring to "Doctor Allardyce" (though perhaps now he's got West Ham back into the top flight, that may change) but it's true that the practice of referring to even the holders of honorary doctorates as "Doctor" is not entirely unknown, as the relevant Wikipedia section attests. (Its title, in truth, a tad ironic, given that its first claim comes with a "citation needed". Come to that, its first footnote misspells the name of the institution that it cites.)

Perhaps the best thing, then, would be to look at the Regulations and Procedures applied to Honorary Awards by the University of Bolton, the very institution that honoured Nigel two years ago. What do we find? We find this:

There's a reason for this: it's so titles don't become devalued. It takes a lot of time, effort and skill to get a doctorate, as it does to get a grandmaster title. You don't get either just for turning up.

It's Nigel Short, International Grandmaster. But Doctor? No.

As someone who possesses both kinds of doctorate, I don't think we should be mean-spirited and snobbish about this. Most non-academics, certainly most non-graduates, can't be expected to know all the customs and conceits of University life. Clearly Nigel is very proud of the award; by the standards that apply, he merits it too. I'd let it run in this case, and not get too exercised about it.

And by the way, he was awarded his honorary doctorate in the company of Nobel prize-winner, Sir Harry Kroto (the other guy in the picture). You neglected to mention this somehow in your zeal to associate Nigel with Sam Allardyce. Universities float on a sea of snobbery. There's no need to add to the swell

I'd let it run in this case

Thing is, though, it's simply and demonstrably incorrect: and its use in this instance has rather more to do with people sucking up to Nigel than anything else. If this were not the case, the usage would be general, since everybody who gets an honorary doctorate has as much reason to be proud of it as Nigel. But it's not. People - the "most non-academics" you cite - don't normally go out of their way to call people "Doctor" who have honorary doctorates. There are, as I say, no other examples I can think of in chess. So why is this individual different?

The point about Sam Allardyce is that he's in the papers almost every day, which Harry Kroto is not, and therefore he's a good person against whom to make the comparison. If people were to call him "Doctor" we'd know by now. We do: they don't.

By the way, I've attended more than a thousand professional football matches in my life, and written books and many many articles on the subject. So re: "snobbery", do me a favour eh?

It's not about snobbery, more about reality. Hon Dons don't use their titles, that's the normal way of things. Why would you use it? Usually it is for the facade - like the Rev Dr Ian Paisley for example.