What Didn't Happen Next

Before it was ruthlessly derailed, this thread on the English Chess Forum was one of the best. We all like a bit of whimsy. I certainly do, and this book, written in the same style, piqued my interest in both satire and football history as a child. 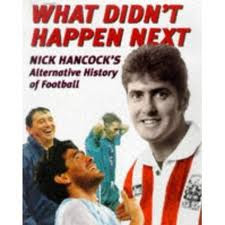 Which leads us to this. Makepeace - Kosten, Great Yarmouth, 2007. It's Round 4 of the British Championship. Black is a Grandmaster playing a young upstart rated 1978, who's muddled his way to 2½/3 and Board 5. And Kosten isn't having everything his own way. However... 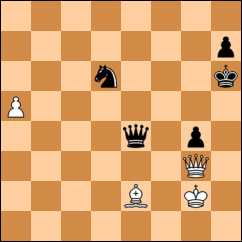 Black played 60... Nf5 and the threat of 61...Ne3+ meant the g4 pawn was immune from capture. Kosten went on to win and ended up depriving IM Stephen Gordon of the title in Round 11. Another IM, Jacob Aagaard, won his first and only Championship. Makepeace finished on 4/11. 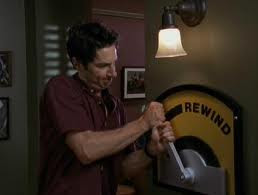 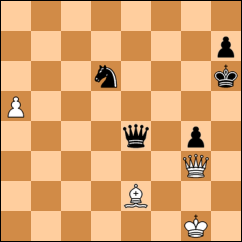 Exhausted after a 6 hour grind to no more than a draw, Kosten plays a fresh Gordon in Round 5 and loses. Makepeace, inspired by an appearance on a demo board, holds Glenn Flear in another epic, attracting widespread admiration and scrutiny alike. Following a further draw against Chris Ward on the Saturday, it is decided that enough is enough.

Makepeace is strip-searched by the local Constabulary. With the exception of his dignity, nothing is found. In protest, everyone who draws or wins against the odds during the Sunday rapidplay immediately drops trou. Headlines such as 'NAKED KNIGHTMARE' and 'DIANA HAD ANOTHER AFFAIR' appear in the tabloids. The story is discussed across the radio and TV networks. David Mellor adds little of interest.

Distracted by the media attention and the amorous advances of ELO-hungry women all around Norfolk, Makepeace eventually finishes on 5½/11. Kosten recovers to 7½/11, drawing with Aagaard in the last round. Gordon beats Flear to win the first of six consecutive titles.

Makepeace returns to Bucks a hero. Dispatching the minor celebrity lifestyle, he moves to Shropshire. A few years later, he is living in London with GMs Tom Rendle and Gawain Jones and spends a reasonable amount of his spare time talking bollocks.