I do set my bow in the cloud, and it shall be for a token of a covenant between me and the earth. And it shall come to pass, when I bring a cloud over the earth, that the bow shall be seen in the cloud.

We’re talking tokens today. Specifically, it’s the “token” amount that the President says is the English Chess Federation’s contribution to his beano to Turkey this week. What does it amount to, exactly, this token? I think it’s worth asking for any number of - well, three - reasons. 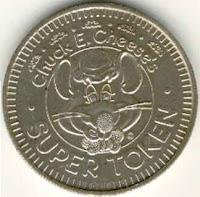 Firstly, it’s far from clear what the point of the Presidential trip actually is. Our FIDE delegate will be in town and there doesn't seem to be anything in particular to do so, frankly, it’s hard to see any object to trip at all other than to send a hearty "FUCK YOU" to Ali Nihat Yazici. It's not that I object to the message per se, you understand, it's just that, well, wasn’t there supposed to be a guarantee that the FIDE legals would cost English chess nothing?

Secondly, if we know one thing about CJ de Pres it’s that he didn’t get where he is today by being terribly good at numbers or matters of a financial nature. You’ll perhaps recall that according to him the famous first Nigel Short simul tour raised £1500 for the Sheffield British Championships, or perhaps it was nothing, or maybe it was £500? Whatever. It was a "significant" amount, honest. With that kind of history I think it not unreasonable to be ask for details when he implies that the drain on ECF finances will be trivial.

Finally, there’s the rather delicate question of whether everything the President said in that interview was - how shall we put this? - fully in accordance with the facts. Eyebrows have been raised at de Mooi's account of how he came to withdraw from a Grand Prix at the end of the 90s and his claim to have been the most active player in the country at the time has also been questioned. If doubts exist over those matters, can we take everything the Pres says in the interview as gospel? 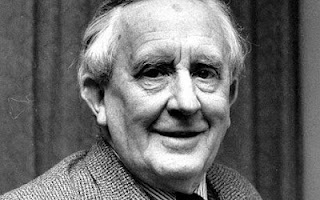 Bloggers tip:
Be careful what you put into Google Images when you're looking for something to illustrate a post

Let's be honest, nobody likes the appearance of junketeering. I don't know if that's going on here, but wouldn't it be better for the ECF to clear everything up one way or the other? They only need answer two basic questions:-


If they don't, how are we to know that it wouldn't have been better value for money if the man who launched his first presidential campaign on the promise of no expenses at all had stayed at home and simply sent Comical Ali a postcard instead?

It's possible this chap knows some of the answers

I can provide a partial answer. As chairman of the Irish Chess Union, I attended the ECU general assembly on Thursday. CJ very kindly introduced me to Kasparov. I didn't see him at the FIDE general assembly on Friday, but he might have been there on Saturday. Unfortunately, I had to leave on Saturday morning, only having 3 days to soak in the atmosphere of my first olympiad.

By the way, as ECF president, the Turkish organisers probably paid for his accomodation.