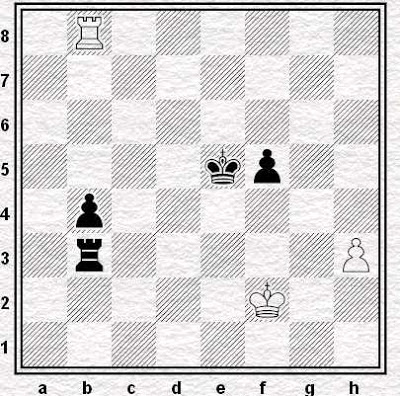 It could have been any tournament hall or any club room at any time. As it happens this potential half-point was thrown away at Benasque in July of 2011.

Angus - he of A wild miniature fame - finished the tournament strongly and ended up scoring more points than either EJH or me. It’s fair to say, however, that he took a little while to get going. In the first round he found himself on the White side of one of his favourite openings playing against a much lower-rated opponent and yet still managed to acquire a lost position within fifteen moves. That he eventually saved the game we can attribute to his fighting spirit and the other guy being unaware of what to avoid in the position we see above. 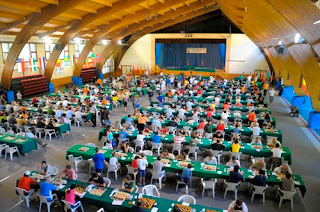 My post-game suggestion was … Kf4 trying to get to g3 to both attack White’s h-pawn and support the advance of Black’s f-pawn. At the time it seemed like a very good try to me. It still does. I'm not sure that a definitive judgement from me as to whether advancing the king leads to a winning position or not has much value, but I can tell you this for sure: it's better than ... Rxh3 which is what Black actually played.

The problem with Black's choice isn't so much that reducing the number of pawns on the board will usually makes things easier for the defender. It's that in this specific position White answers Rxb4 reaching an immediate theoretical draw. Not just any draw, even, but the Philidor position: very probably Lesson Number One for anybody who has undertaken any study of rook endings whatsoever as it's the most basic defensive technique available. 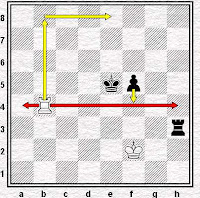 What a shame for Black. The strategy that underpins Philidor's drawing plan is so simple that it would take no longer than five minutes to master. Just a few moments study would have allowed him to continue playing for a win. Instead, rather than the chance to go on to claim a major scalp he gave up an immediate draw. 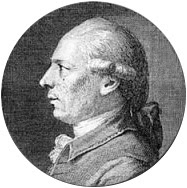 This sort of thing is easily done and I suspect rather common. Certainly, I've blundered into something similar myself (against Ravia Haria at Gatwick, June 2011). I suppose it will keep happening as long as the average chesser fails to get even as far as Lesson #1 for rook ending study.

It won't happen to me, though. Not again.

Not for a while, at least.


scene of the crime: chessdom
Posted by Jonathan B at 8:00 am