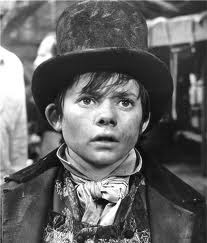 No, not that Artful Dodger

Not that this will come as any surprise, but I've been talking a lot of guff of late. Increased self-awareness as a result of a few problems I've had, together with a desperate desire to improve my game, having rather plateaued, are to blame.

This article, written in October, was perfectly good until I went on a results-oriented rampage. IM John Cox, in the comments, was absolutely right in what he said. However, I guess part of the entire concept of improvement is those epiphanic moments when you work out for yourself what other people have told you to be true.

Take Monday night. I had this position against FM David Haydon, having had rough equality for most of the game, but it appeared a draw was likely once all the bits had been hoovered off. 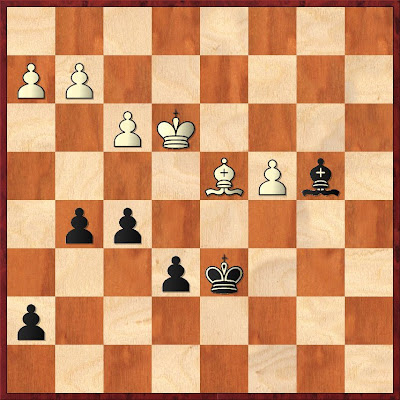 Here, I had a practical decision to make. Should I play 33... Bc5 or 33... e5? I reasoned that I was unlikely to lose anyway, and I might as well make life more difficult for my opponent by giving him zugzwang to worry about. With the bishops on, that cannot happen. So I hoovered them off too. 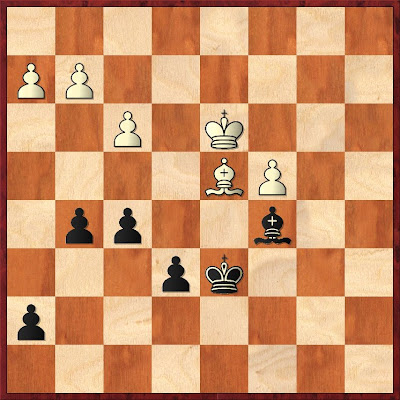 And now I realised that my opponent had missed the point. The g4 square and, indirectly thus, the e4 square are essential to white if he is to hold. With an adrenaline-fuelled flourish, I whipped out 34... Bxd4 35. Kxd4 e5+ 36. Kd3 h5. 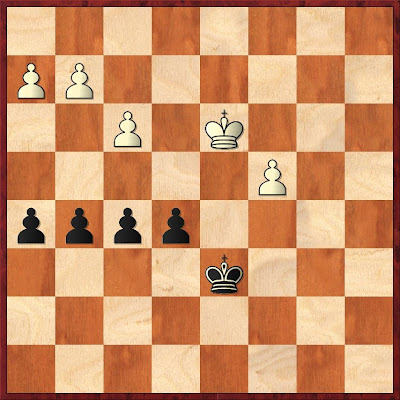 All I'd done is play the little wooden things, without any thought of a result. Might this be a turning point?

However, I guess part of the entire concept of improvement is those epiphanic moments when you work out for yourself what other people have told you to be true.

Old saying of mine: the whole point of good advice is that you understand why it was right after you've ignored it.

In that line Jonathan after 40.h4 gxh4 I think Black wins. The main point is that after ...h3 Kf3 Black has e4+! and Queens first.

I feel like one of the things associated with my recent modest (~100 pts) improvement at my modest (1900 USCF) level is that I have been much more willing to just make my position better and keep my pieces as happy as possible rather than trying to figure out how to make things happen in order to win.

One frequent result is that my opponent makes the first mistake and my pieces are in a nice position to take advantage of it.

Ah yes, you're right. Funnily I had considered Tom's line, but for some reason thought that the sides queened simultaneously. Silly me.

My "breakthrough" endgame moment probably came v Colin Crouch in 1995. Black is a pawn up in this bishop ending:

Nice extra pawn then but how to breakthrough?