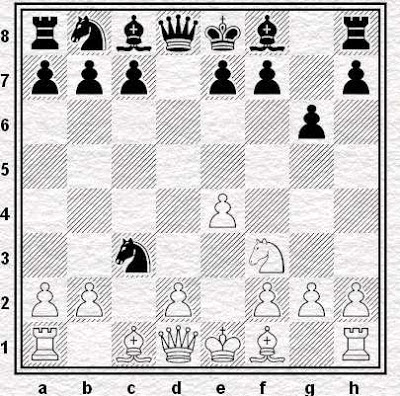 
Here we are back at the Golders Green Open. You may recall that I had a bit of a stinker in the morning rounds. Three games and three defeats with two of those zeros coming from the White side of the position you see above. Not that my pre-lunch failure to trouble the scorers is particularly relevant for this post. It's more how I lost that interests us today.


In the first round I was up against Peter Poobalasingham. With an ECF 213 and FIDE 2270, he is by some distance the strongest opponent I've ever faced in rapid chess and comfortably inside the top ten of highest-rated opponents that I've ever played in any form of chess.

Round three was rather different. There I was paired with Chris Andrescu who doesn't have a FIDE rapidplay rating and his ECF grade is getting on for 90 points lower than Poobalasingham's.

In both games I played 6 dxc3. Two games with the same moves and the same plan: head directly for a queenless middlegame without passing Go. 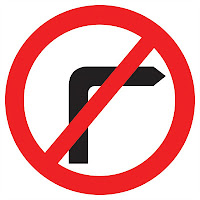 I'm reminded of some recent comments made, albeit in a different context, by our regular visitor RdC:-

So the opening choice was a deliberate attempt to treat the grade as misleading as to strength and exploit the inexperience ...

Whether you regard a draw as a acceptable result, can affect the choice of opening moves ....


Roger, if you don't know him, is a strong player. Presumably he faces this kind of situation more frequently than the average bear simply by virtue of having more people below him on the rating list and as an experienced competitor I suspect he has a broader opening repertoire than most. So maybe Roger both gets to choose more often and has a wider range of openings available to him from which he can make that choice

What about the rest of us, though? What's the best strategy when facing opponents of very different strengths?

Take your opponent's grade into account when choosing your opening

Playing bxc3 will likely transpose back to mainstream lines of the Gruenfeld. Perhaps you know the lines better than your opponent. Perhaps not as Black may deliberately be angling for such a transposition.

Against a lower graded and presumably less experienced player the choice may not matter.

It's a comfort of sorts in main lines to know that you are following Kramnik even if it appears your opponent is following Kasparov.

Exchanging queens with dxc3 is likely to lead to a longer game.

It might be a style issue, but I would feel uncomfortable entering the ending against Peter or similar players unless I had done some work earlier to establish how people play that ending. What happens is that they slowly improve their position and you get blown away without ever putting up a fight.

One other point is that if you play Nf3 and c4 in either order early on, you are entering a jungle of potential transpositions. Knowing mainstream d4 openings can be an advantage if you can trick your opponent into a defence he doesn't usually play.

After taking a look at the position after dxc3, the ending with the exchange of queens has been played at the highest level, mostly though with quick draws. If you were up against a lower rated player who was very solid, you might find it difficult to find enough to break them down.

So choose the complex bxc3 unless you are confident that you can break down the defences of a lower graded player and conversely that you can at least hold it against a higher graded player. Against a player of the same standard, play bxc3 if an early draw offer is acceptable.

Personally I wouldn't play 3.Nc3 here (assuming 1.Nf3 Nf6 2.c4 g6) unless I was prepared to play the queen swap. And if I wanted to play an Exchange Grunfeld I'd play 1.d4 in the first place.

Whether you regard a draw as a acceptable result, can affect the choice of opening move

I think it's bound to above a certain level, that level being some distance below the level Jonathan plays at. Admittedly this is more a question of one's Black choices than one's White ones.

There's a number of games in that ending by well known players, so there's a reasonable amount to study if you like middlegames without Queens.

dxc3 is anti-positional and displaces your own king. Just play the best move bxc3. Who cares about the opponent? You're in a quickplay not contesting the World Championship.

"There's a number of games in that ending by well known players, so there's a reasonable amount to study if you like middlegames without Queens."

Indeed. More on this next week or possibly the week after.

In an ideal world I'd have a few lines up my sleeve, but is it realistic I could be fully tooled up against the Grunfeld as well as everything else Black could play?

Anyhoo, the general question is more interesting than any particular difficulties I might have with my personal opening repertoire. Should I play differently according to strength of opponent? Should anyone? I'm not sure.

dxc3 is anti-positional and displaces your own king.

Yes, but that's the appeal.

Should I play differently according to strength of opponent?

Unless you want to play exclusively sharp or dubious lines I'm not sure it can completely be avoided, can it?

I'm not sure I agree that dxc3 "displaces" the king. With the Queens off I think it improves the king if anything.

Not that necessarily makes it the "best" move. I'm sure that's bxc3 as Anonymous says.

Generally I play the same lines regardless of strength - don't have the time or energy to learn two repertoires. Depending on my mood there are a couple of gambit lines I sometimes play having learned them as a junior, but I do tend to bottle out of them against players above about 175.

Play your normal game, you'll have more familiarity with the positions that arise.
I did break this rule once with Black, playing a player 400 points or so below me. I played g6 in response to e4 with the idea of putting the bishop on g7 and my opponent forgetting about it and pushing the b-pawn at some stage and leaving his rook en prise. Genius eh?
The funny thing is, that's exactly what happened.

The reason I did it? Last round of the day, too tired to think, didn't fancy playing and just hoping to get it over quickly.