The Golders Green Open – the one about which I’ve been banging on for the past couple of weeks (BORP? XIX; My Light Shines on) – was my fifth appearance in a row at Adam Raoof's event. I’ll be back for more on 8th June and trying out the new King’s Place Chess Festival on the 15th too. Add on the two S&BCC events (the first three rounds of the summer championship were played last night) and I’ll have notched up 9 tournaments before the first half of 2013 is out. Not bad for somebody who began the year claiming that he wasn't playing much chess.

Today’s post is about why it will be only 9 tournaments from January to June and not 10. Specifically, it’s why I didn’t play at the recent Richmond Rapidplay and why I won’t be playing there for the foreseeable future. Since today’s theme is good service let me cut to the chase for anybody who lacks the time (or, indeed, the enthusiasm) to read the whole post: the new Richmond is no John Lewis. 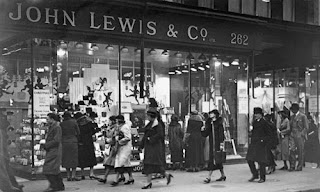 What was the nature of the problem? Who cares? It’s not important. Although I dare say there was a good reason that things went pear-shaped.

What matters is what happened next. Which was:-

That, my friends, is service. Service and the reason why, screw-up notwithstanding, I’d go back to John Lewis in a heartbeat. 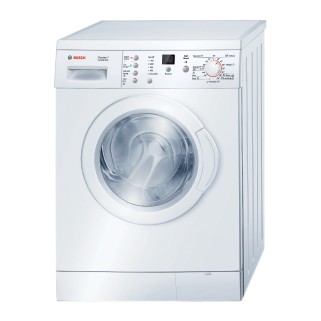 Works better when attached to the water supply


And so to the Richmond Rapidplay.

After 100+ successful editions under the old management(s), this time around, as some amongst our esteemed and valued readership might already be aware, the tournament was cancelled at very late notice. Only 45 minutes in fact. 30-odd players turned up at the venue but the organiser had experienced “an emergency” so there was no chessing to be had.

What was the nature of the emergency? Who cares? It isn’t important. Although I dare say there was a good reason that things went pear-shaped.

What matters is what happened next. Which was:-


At the time of writing no acknowledgement of the cancellation has appeared on the Richmond website. There has been no apology (should one be warranted) or any reassurance that the next or any future tournament will be going ahead. 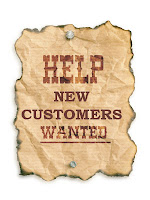 If the cancellation itself isn't at all important, the absence of response is.

Something else that matters is the editor of one of the country’s two printed chess magazines having to ask whether the Richmond Rapidplay has ceased to be. Ditto that he can ask the question and not receive a reply and while we're making a list we could add the necessity to merge sections at previous tournaments due to lack of entries and the fact that somebody who is in a position to know says that this is because the tournament has not been publicised properly. Since we're here, why not round things off with an observation that the tournament's website makes it really rather difficult to discover even the most basic information (like the scheduled start times of the first round, for instance)? 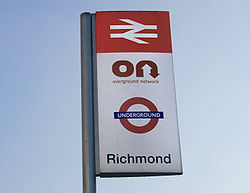 Lots of ways to get there, but I doubt I'll bother


The real problem, it seems to me, is not that one tournament didn't take place for whatever reason, it's the lack of any evidence that the organiser gives much of a damn . And if they don’t care why should I?

As it happens I was thinking of entering Richmond this month, but the website was so unhelpful* I decided that I’d take my chessing trade somewhere that I knew for sure would be well organised. Somewhere else, I mean. Ironic I suppose, but it was their online presence being so utterly piss-poor that saved me a fruitless journey.

Not sure that’s much of a recommendation for the future, though, and I think I’ll be giving Richmond a miss until there’s some evidence that it’s sorted itself out. That’s assuming that there are going to be more tournaments, of course.

So, no, I won’t be playing in Richmond anytime soon. On the other hand, if I’m ever back in the market for consumer durables I’ll definitely be returning to John Lewis. Yes, they mistakes too - things can go wrong for anybody - but at least when John Lewis fuck things up they do it in style.

* Richard James (who is no longer responsible for the event), on the other hand, was very helpful indeed.
Posted by Jonathan B at 8:00 am

John Lewis actually ran a lot of chess activities, as their founder John Spedan Lewis was a keen chesser. Their Oxford Street store housed the National Chess Centre which was sadly destroyed by enemy action during the Blitz. John Lewis also ran teams in the London Commercial League until 2004: the LCL knock-out trophy is the John Lewis Cup.

I was one of the Richmond Junior Club team running the Richmond Rapidplays for many years and have helped on the day since then so I've been present at every event so far. It's very sad to see what has happened to the event in recent months.

It would be interesting to know if people have been refunded fares etc.

What has happened is a great shame.

The Richmond Rapidplay has run, every two months, for almost 18 years. It was a great little tournament in a nice venue which used to attract around 100 players each time.

A fortunate win: White miscalculated on move 12 (Nxd6+!) in a winning position.

I remember playing at John Lewis's when their staff restaurant was used for junior county matches, circa 1963. I played for Middlesex.

There's a few things I could say on this subject, but for the moment, I'll just say that it confirms my belief that nobody who uses the term "excellence" about themselves is entirely to be trusted.

Lawrence Cooper was at the venue on the day making clear to anybody who showed up that the event wouldn't be happening. I should have mentioned this in my post, if only to underline my central point - that its not what happened on the day of cancellation that,s the problem for Richmond, it's what has happened since and what happened in the months before May 19th.

I'm also told that it was about 15 people who turned up at the venue on the day. I'm happy to make this correction.

If you care to rewrite your message without the gratuitous fuckery - or, you know, butch it up and put your name to your message - then I'll consider publishing it.

Can you edit out all the naughty words so we can see it?

Let me think about that one. The problem isn't so much the Sweary Marys as such, it's more the generally abusive tone - aimed not just at me so there are other people to think about.

Clicking on the usual links it appears RR108 will take place. I predict a non record-breaking entry...

...unless you count smallest ever entry as a record.

On reflection, I think I'll leave the potty mouth comment unpublished. Sorry if that disappoints.


"Due to the breakdown of communications between the organiser of Richmond Rapidplay and Hampton on Thames Community Association the Trustees are left with no option but to cancel the 108th event planned for Sunday 7th July 2013 and all future events. The Trustees have attempted to solve the difficulties that have arisen regarding this event but, as a registered charity which receives no central or local government funding, they are unable to continue to host this event in its present form."

I would be grateful if you could publicize this fact via your website.

I think it might be nice to add an editorial comment as to the effect that after a break of three years, that the Richmond Rapidplays have made a successful return, under new management. Anyone who felt ripped off by the previous organiser should get in touch, and we'll look sympathetically on giving them a free entry.