One of the privileged few

On Wednesday we mentioned a piece Ray recently wrote in the Spectator. 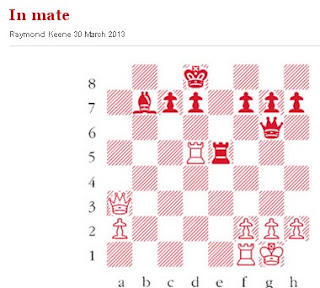 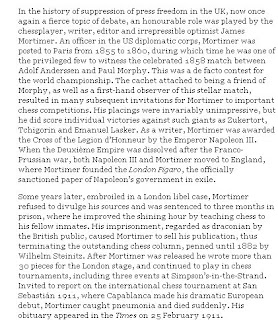 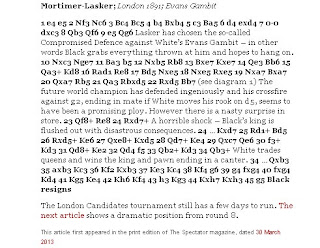 An interesting and detailed column it is too, which leads one immediately to wonder - where did Ray crib it from?

The answer, in the first instance, is - as anybody reading the opening quotes will have gathered - a piece written for the Chess Café seven years ago by Jeremy P Spinrad. Despite the considerable contribution made by Mr Spinrad's piece to the one produced by Ray, it goes curiously unmentioned - unless of course we count Ray's borrowed line as some kind of hommage.


This is quite a lot. Most of it is worded rather differently in Ray's piece than in Spinrad's, though in the best traditions of Raygiarism the copier has been too lazy to cover his tracks on every occasion.

Although it is quite a lot, it is not everything, since there are some facts that Ray produces which are not, or not directly, found in Spinrad. These would include:


Where did Ray get these from? A clue is given by Spinrad's mention, in his section on Mortimer's disastrous court case, of the Oxford Companion To Chess*, a book of which I happen to have the first edition. 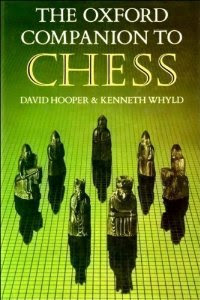 As you can see, their entry on James Mortimer has all three items, including the refusal to name his source**. 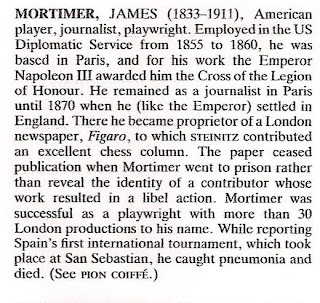 We are still missing Ray's claim that while in the big house, Mortimer taught chess to his fellow prisoners, but if we follow the advice at the foot of the last clipping and see their entry for PION COIFFÉ, we find this. 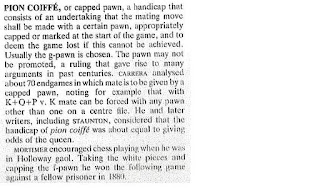 As far as I can see the only substantial piece of information not already accounted for is the year in which Mortimer's legal problems caused the sale of the Figaro and hence brought about the end of the "outstanding" (Ray) and "excellent" (Oxford Companion) chess column by Steinitz. This was 1882, which appears neither in Spinrad nor in my edition of the Oxford Companion.

It does, however, appear in the second.

But how do we know for sure that this is where Ray mined his material? I mean it could be just another in the long series of coincidences which have characterised Ray's career in journalism. In this instance, the coincidence would be that in James Mortimer's Chessgames.com entry, somebody linked to the Chess Café piece just two postings before an entry by none other than our old friend. 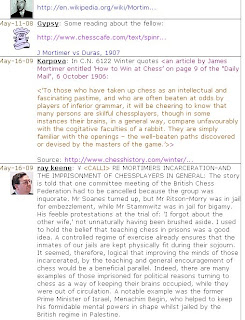 Obviously, a piece of journalism will not normally mention every source that it consults. However, if you're going to borrow practically the entirety of your piece from two particular places, it would be customary, shall we say, to say where you're borrowing from.

Particularly if you can't even be bothered to avoid using the other guy's phrasing.


[*Coincidentally, this volume also featured in the heavily-plagiarised Times obituary we wrote about last year.]
[**Although Spinrad, in fact, has a different account of the case.]
[***It's a little-known fact that Ray is an "expert in the field".]

[Thanks to Gordon Cadden and Jonathan.]